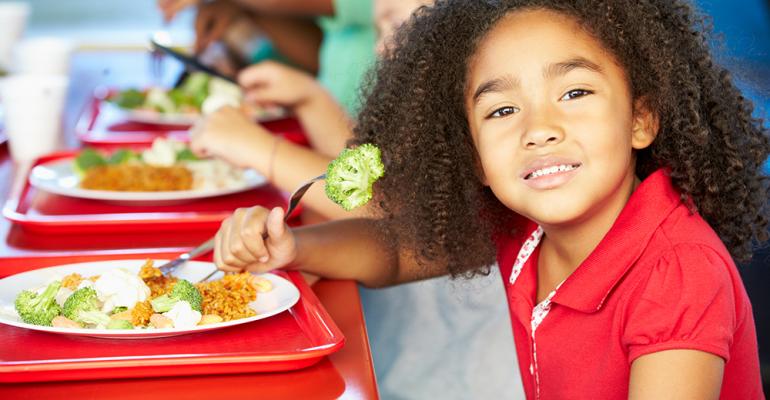 This and more are the things you missed for the week of Dec. 3

When school isn’t in session, many students go without meals. That’s something some in Congress are trying to change with a proposed bill, which would extend school meals to weekends and holidays. The Weekends Without Hunger Act was proposed late last week, and would include setting up a five-year pilot program to provide commodities to schools and other locations such as food banks to provide meals when school is out of session. The bill was proposed by 29 Democrat sponsors, a signal of what could be on the agenda for next year’s Congressional budget when Democrats take over the House. Also still up for discussion is Child Nutrition Reauthorization, which has been on the table since 2015.

2. District says no to parents in the cafeteria

A school district in Connecticut has sent a letter to parents saying that they can no longer eat lunch in the classroom with their children. While the letter did not offer the reasoning behind the move, nearby districts say it might be because the policy is disruptive and that children get upset when their parents leave following lunch.

Read more: School kicks helicopter parents out of the cafeteria

A lawsuit filed on behalf of Sodexo against Saint Joseph’s College has been settled for an undisclosed amount that is less than the $1.3 million asked for in the suit, according to the college. Sodexo sued Saint Joseph’s, saying that it knew it was going out of business but still allowed the management company to make a significant financial investments into the account.

New Jersey has passed 14 measures to help operations reduce food waste and donate excess food. They include provisions for grants to help college operators open food pantries and for supermarkets to serve alcohol if they open in food desserts.

Parents in one school district are upset by what they call a “militant-style” seating program in which students are required to sit on only one side of a table. Cafeteria monitors say the seating style makes it easier to keep an eye on students for disciplinary problems.

Bonus: What to do if an employee gets hepatitis A: The basic facts