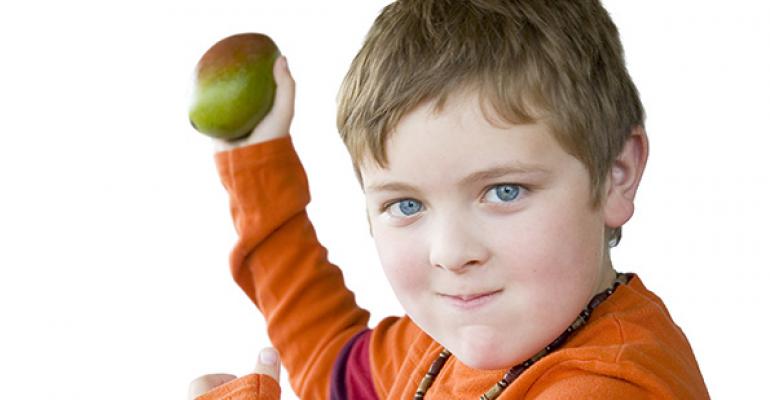 These and more are the things you missed for the week of Feb. 16.

It seems every year there is an issue with Black History Month promotions and students claiming the LTOs as derogatory. Wright State’s Dr. Kimberly Barrett, vice president of multicultural affairs and community engagement, had this to say about the incident: “I think many times, in attempts to be inclusive and to honor diversity, people who might be in the majority community or in communities other than the ethnic groups they’re trying to honor, sometimes get it wrong.”

2. Another food fight…this time in Australia
As US schools are struggling with new a la carte rules and getting kids to eat healthier items, fast food giant McDonald’s is trying to make inroads into schools in Australia. The company sent letters to Mildura, in rural Victoria, suggesting schools use the company’s menu items as treats or fundraisers. The letter even included an order form for easy use. The move wasn’t well received by many. The Parent’s Jury, which represents 7,000 parents in Australia, said “Allowing McDonald's to be promoted in schools normalizes the consumption of fast food, undermining both parents' and schools' efforts to teach children about nutrition and instill healthy eating habits.”

Read more: McDonald's under fire for offering 'cash rebates' and free cordial to schools that place lunch orders for children

3. Fat as the sixth taste?
Researchers in Australia say we should know within five years if fat is scientifically a taste. Before joining sweet, salty, sour, bitter and umami, fat would need to meet five criteria to become the newest taste. These criteria all revolve around the chemical stimuli that is produced when we eat something and how that is perceived by different body parts.

Richard Mattes, a professor at Purdue University, says if fat is identified as a taste, it could help manufacturers develop better tasting low-fat products.

Read more: Sweet, Sour. Is It Time To Make Fat The Sixth Taste?

4. Don’t touch the ice cream
Students at the University of North Georgia are upset that their ice cream machine has been missing from Chow dining hall. The machine is out for repairs, and dining services was unable to provide a return date for the beloved dessert dispenser. The situation apparently offended one student and reporter, Molly Morelock, so much that she wrote a story for the college’s newspaper, the Vanguard Dahlonega. Morelock wanted to know where the money used to stock supplies for the ice cream machine had gone, as she could not ascertain any noticeable differences or upgrades in the offerings or services from dining services since the machine’s removal.

Read more: Where Oh Where is Chow’s Ice Cream Machine?

5. Weather woes hit school foodservice operators
Students haven’t been in school all week due to winter storms and the foodservice department at Jefferson County Public Schools, in Kentucky, might have to find some other outlet for the food it has on stock. Nearly 4,500 snack boxes are on hand for students participating in after-school activities. If class wasn’t in session by Friday—a big if considering weather reports—some items in the box will expire, costing the department nearly $7,000 in wasted food.