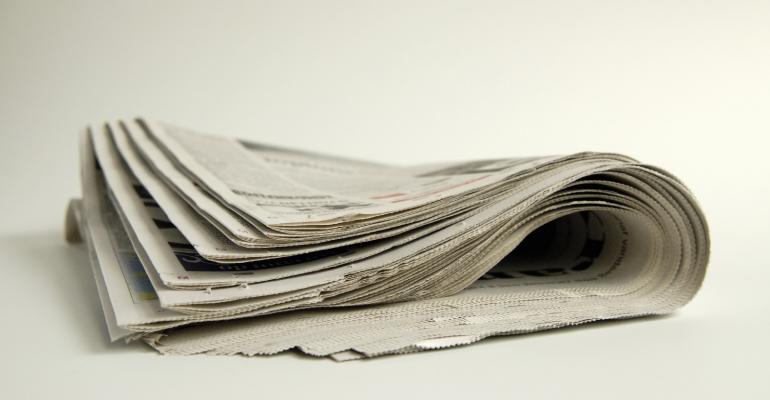 This and Sodexo reporting a 26.5% revenue drop in the first half of FY2021 are some of the stories you may have missed recently.

Purdue University campus newspaper Purdue Exponent has published a series of articles detailing the university's deal with Aramark to operate campus retail dining, which it says includes a financial commitment by Aramark to Purdue of $15,292,000 over the next 20 years to renovate and upgrade facilities (the deal is for 10 years with two five-year extensions). Aramark also agreed to give Purdue an extra $10 million “in consideration of Purdue’s agreement to enter” into a contract over the next 20 years, with the funds categorized as an “unrestricted grant” to be paid over the course of 20 years in three installments.

Sodexo reported first half results for its 2021 fiscal year, which ended Feb. 28, noting a 26.5% overall revenue drop from the pre-COVID first half of fiscal 2020. In its Business & Administrations operations, the organic decline was also 26.5% “due to the high level of working from home in Corporate Services and the number of closed sites in Sports & Leisure, and particularly in North America,” the announcement release notes. The organic decline was a much smaller 2.1% in Healthcare/Seniors with “hospitals…still suffering from the pandemic related weakness in retail sales,” the release states, while Education saw an organic decline of 31.9%. “While there was a return to school from September in Europe and Asia, schools were predominantly closed in North America,” the release notes. “Weak activity in Universities due to virtual learning was further impacted by a lower number of days, particularly in the second quarter due to a prolonged winter break.”

After being among the first large employers to shutter offices and send employees home to work remotely at the start of the COVID-19 pandemic last spring, some major Silicon Valley firms are beginning to bring them back, which is good news for their onsite dining programs. Uber opened its new Mission Bay campus on March 29 with 20% capacity while Facebook says it will reopen certain Bay Area offices at 10% capacity starting in May, Google confirmed that it will start bringing US employees back to the office in April on a voluntary basis and Apple reportedly started bringing employees back to its headquarters as early as May last year.

Separately, up in Seattle, Microsoft began bringing some workers back to its headquarters on March 29 in what it described as a "hybrid workplace" model while Amazon says it plans to have its employees return to the office by fall, reportedly telling them that it is planning a “return to an office-centric culture as our baseline.”

New York City, on the other hand, seems to be struggling, with about 90% of Manhattan office workers continuing to work remotely and the amount of office space up for lease at historic highs.

Read more: Silicon Valley is starting to bring workers back to the office

Chartwells Higher Education will replace Bon Appétit Management Company as the food service provider at the University of Chicago, including managing the campus dining halls, academic cafés and retail markets. Both Chartwells and Bon Appetit, which took over the contract from Aramark in 2016, are units of Compass Group North America

A former cafeteria worker at Elmhurst Hospital in Illinois has been charged with stealing more than $218,000 over two years, according to the DuPage County State’s Attorney’s office. Todd Jagow worked as a cafeteria supervisor at the hospital when he allegedly entered fictitious refunds and then took money from the cash register to conceal his actions.