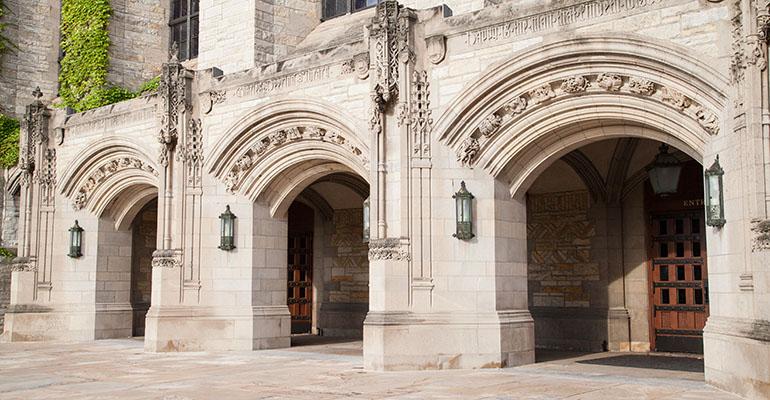 FierceAbin / iStock / Getty Images Plus
Almost all laid-off Northwestern dining workers to be rehired plus four other things you may have missed this week.
News & Trends

5 things: Chartwells brings back 97% of laid-off dining staff at Northwestern

This and surveys showing a jump in the number of school districts going all-remote are among the things you missed for the week of January 11.

Of the 229 dining workers who were laid off at the beginning of the coronavirus pandemic, 97% are now being re-hired by contract firm Chartwells Higher Education, a unit of Compass Group. The company cited the return of first- and second-year students to campus and low COVID-19 positivity rates for the decision to return workers to dining halls.

A new analysis by the Center on Reinventing Public Education (CRPE) found that school districts offering remote instruction exclusively increased from 21.2% to 31.7% between early November and late December. The data was supported a Burbio survey, which found the percentage of the districts it monitors that offer only virtual instruction jumped from 37.2% to 49.5% over the same November-to-December period.

Prominent West Coast tech firm Dropbox has announced cost-cutting moves that will result in the layoff of 11% of its workforce, primarily office support staff such as dining workers who have become superfluous in the wake of the company’s previously announced decision to permit its employees to work from anywhere permanently. In making the announcement, CEO Drew Houston explained that “our Virtual First policy means we require fewer resources to support our in-office environment, so we’re scaling back that investment.”

Harvard workers and their supporters held a rally on Jan. 14 in Harvard Yard calling for continued paid leave. Taking place one day before some contracted workers will become ineligible to receive emergency pay if their jobs are suspended due to the COVID pandemic, the event was organized by the local chapter of UNITE HERE, which represents Harvard dining workers, and 32BJ Service Employees International Union, representing custodians and security guards.

Restaurant Associates placed at No. 66 on the Glassdoor Best Place to Work listing, the only foodservice contract management firm to make the list, though their contracted or self-operated onsite dining programs undoubtedly contributed to some of the other companies and institutions receiving recognition. The Best Places to Work list is compiled using anonymous feedback from employees.