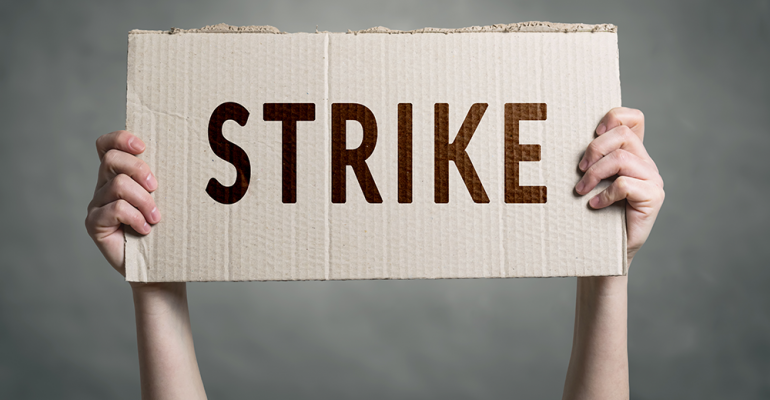 This and more are the things you missed for the week of November 4.

Workers at Chicago’s Mount Sinai Hospital and Schwab Rehabilitation Hospital are set to strike Monday, Nov. 11. The nearly 400 workers include foodservice, housekeepers, transportation and certified nursing assistants, and are part of the SEIU Healthcare Illinois union. The workers are asking for a $15 minimum wage; most in foodservice currently make $13 an hour.

A couple of years back an article came out about Oberlin College’s “bahn mi” sandwich. The story, which began with the school’s student paper, was eventually picked up by heavy hitters like the New York Times and Newsweek and even crossed the pond to Britain’s Independent. As the story progressed through the media—and across the world—the scope of the so-called outrage was misinterpreted and blown out of proportion, according to this article by New York Magazine. The genesis of the article was that some students were upset at the naming of a sandwich as a bahn mi, when the sandwich wasn’t a traditional version. There was also some talk about some sushi that some say wasn’t correct as well, in the sense of not being traditional. These two incidents were written up in the student paper with the headline “CDS Appropriates Asian Dishes, Students Say.” And from there, the sparks flew, which this article covers in fascinating detail.

The University of Wisconsin, Madison is joining the ranks of colleges that have added robots to its team. Thirty robots are now roaming campus, delivering food to the nearly 66,000 students and staff on campus. The robots are from Starship Deliveries, through whose app students order food. There are currently three dining locations on campus from which food can be ordered for a delivery fee of $1.99.

Students at Metea Valley High School in Aurora, Ill., have a new way to purchase chips and drinks following an issue involving thefts of those items. Previously, students could grab those items at three different coolers, but foodservice staff say students would often take them without paying. Now those a la carte items are only offered at one line where the cooler can be monitored by staff.

In some feel-good news, students at High Point University raised nearly $6,000 for a dining services worker to purchase a car. One of the fundraiser organizers has this to say about the employee, named Ebony: “No matter how hard of a day I’ve had, walking into the Farmers Market and seeing Ebony will brighten my day. Ebony is the epitome of happiness, kindness and love. She doesn’t just work at Farmers Market, she makes High Point University home, and I believe that’s something amazing.”

Contact Becky at [email protected] or on social media @bschilling_FM.