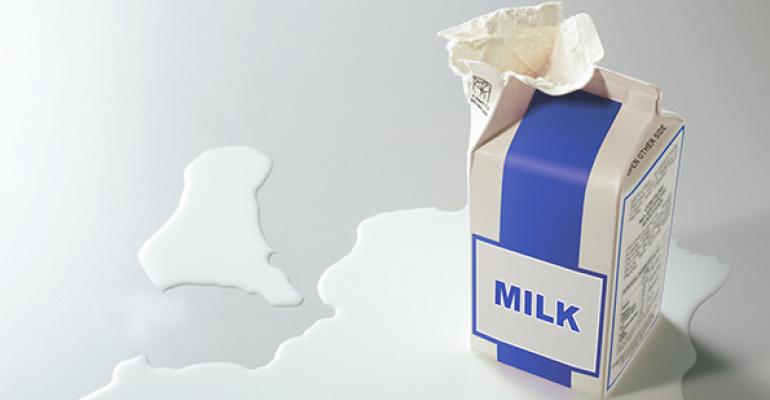 These and more are the things you missed for the week of May 18.

1.    Milk does a body good
Milk consumption in schools is declining, according to a recent National Diary Council study. Two congressmen are hoping to curb that decline by introducing the School Milk Nutrition Act of 2015, which would expand the variety of milk products available to students in schools. The bill would also create a pilot program that “tests improved breakfast programs and expanded sales as well as different kinds of packaging, flavors and merchandising,” according to an International Business Times article.

2.    Six large districts dump polystyrene trays
After making a move to serve antibiotic-free chicken, the six districts that make up the Urban School Food Alliance (New York City, Los Angeles, Chicago, Miami-Dade, Dallas and Orlando) have dumped polystyrene trays in favor of disposable plates made of compostable material. The move is expected to remove 225 million trays out of the landfill each year.

3.    When machines take over the world
Technology is making vending sexy again. It’s not just beverages and chips being dispensed from machines anymore, but curry chicken and fried rice, if you’re in Singapore. And your meals are heated inside the machine and dispensed with cutlery, according to an article in the Straights Times. As more companies are looking for ways to reduce costs and provide convenient all-day service, keep an eye out on the vending machine renaissance.

4.    Hospital dining destination in Colorado
If you’re looking for good eats in Castle Rock, Colo., head over to Castle Rock Adventist Hospital’s Manna restaurant, where 75 percent of the diners come for a bite to eat and not because they have any other reason to be at the hospital. Manna serves vegetables grown in its own garden on site and offers better-for-you options for diners.

5.    College cuts daytime dining hall hours to add late-night option
Columbia University, in New York, is making changes to the hours of operation at JJ’s Place. The dining hall will now be open until 1 a.m. on Fridays and Saturdays. To accommodate for the extended late-night hours, the hall will be closed Monday and Tuesday afternoons from 12 p.m. to 5 p.m.

Read more: JJ's hours are extending on the weekends