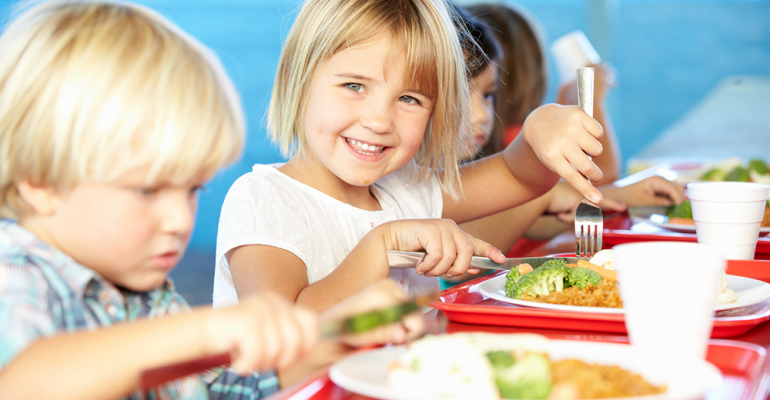 5 things: Could Child Nutrition Reauthorization be in the works?

Child Nutrition Reauthorization (CNR) is supposed to take place every five years. That’s when Congress is directed to modify or create new legislation that governs how children are fed in the National School Lunch and Breakfast Programs. The last time CNR was enacted was in 2010 with the Healthy, Hunger-Free Kids Act. Congress was supposed to look at CNR in 2015, but the process was held up by a variety of political issues that had nothing to do with CNR and also by a move in the House to use block grants for child nutrition programs, something USDA Secretary Sonny Perdue said wouldn’t be a good option.

But it seems that some movement is being made to enact CNR this year, four years after the deadline. Many thought CNR wouldn’t come up until after the Farm Bill made its way through Congress, which happened late last year. In March, the House Committee on Education and Labor (formerly Education and Workforce) held a hearing titled Growing a Healthy Next Generation: Examining Federal Child Nutrition Programs. The President’s FY 2020 budget proposal included some changes to the USDA’s Food and Nutrition Service such as restricting the community eligibility provision to only those schools that have 40% of students who qualify for free or reduced meals, even if the school is participating in a grouping. Meanwhile, some members of Congress have begun introducing bills that would impact child nutrition programs (see next item). While there isn’t a schedule yet for CNR, these small movements show signs of life that perhaps 2019 will be the year, and Sen. Pat Roberts, chairman of the Senate Agriculture, Nutrition and Forestry Committee, did say that he would like to have a CNR bill approved by the committee by Congress’s August recess.

A proposed bill in the Senate would ban schools from serving fruits and vegetables that have been sprayed with chlorpyrifos, a pesticide used on crops. The EPA had banned the use of chlorpyrifos residentially (it is also used in buildings) in 2001, but the agency hasn’t outright banned it. The Safe School Meals for Kids Act would restrict child nutrition departments from purchasing or serving food that contains any detectable amount of chlorpyrifos.

3. Is pizza sauce a vegetable?

Regulations governing the National School Lunch and Breakfast Program are, well, confusing and complicated. Throughout the history of the program, there have been some rules that have confounded the public (ketchup as a vegetable, for instance). What most in the public don’t understand is that schools must measure and account for many different items in order for a meal to qualify for the federal reimbursement that many child nutrition departments rely on for funding. One of the rules changed in 2010 with the passage of the Healthy, Hunger-Free Kids Act was to no longer allow condensed tomato paste to count as a vegetable requirement for a reimbursable meal.

At the time, Sen. Amy Klobuchar, who is on the Senate committee that helps craft child nutrition bills, wrote to then USDA secretary Tom Vilsack to question the change. Klobuchar, who is running for president in 2020, now says she regrets sending the 2011 letter to Vilsack. Many had questioned her motivation for the letter, saying that it put the benefits of Minnesota-based Schwan’s ahead of child nutrition.

Klobuchar was recently asked about the issue, and had this to say: "We were in the middle of the downturn and it was a little more complex, I would say, complex in terms of the language, but it's a fair criticism. And so I said I regretted sending that letter. It was about trying to keep a company afloat in a really small town that employed a bunch of people. But I think that nutrition is paramount for this country, and that's why way before I was running for president, I said that was a mistake."

The University of Maryland is now stocking EpiPens in its dining halls. The move comes after the passage of a bill last year that allowed colleges to do so. UMD Dining Director Colleen Wright-Riva, who had helped push that bill, said there are about 100 students at UMD who have self-identified having allergies that might require the use of the EpiPens in an emergency, and probably a number more that haven’t come forward. She says the EpiPens provide another layer of protection. They are located next to the AEDs, and when opened set off an alarm so others know a student is in trouble.

Crediting foods for reimbursement through the USDA can be complicated (see item 3), but the USDA has released six new memos to help. They range from products like tempeh and popcorn to pasta products made of vegetable flour (hint: operators can now serve pasta made of vegetable flour(s) and credit it as a vegetable, even if the pasta is not served with another recognizable vegetable).

Viewpoint: The impact of the COVID crisis on the future of onsite dining operations
Apr 13, 2021