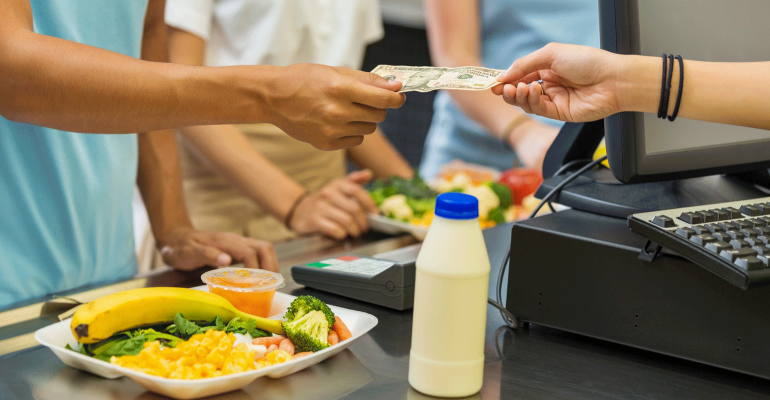 This and more are the things you missed for the week of Dec. 31

Unpaid meal accounts are a big issue for many school districts—75 percent of districts have some amount of unpaid meal debt, according to a study done by the School Nutrition Association. These debts often draw scrutiny to the policies used to deal with them, such as giving students who have reached their credit limit an alternative meal like a cheese sandwich. An analysis has found that DC area schools (which includes districts outside DC Public Schools) have racked up nearly half a million dollars in unpaid meal accounts. The largest is at DC Public Schools, where the 48,144 students have collectively generated $127,000 in meal debt. That’s not entirely surprising as DC schools has the highest free and reduced percentage in the area at 77 percent.

The rising cost of college and the increase in student loan debt have been in the news a lot of late. The University of Missouri is hoping to combat those challenges by decreasing the cost of room and board. The university says that through the new pricing structure, students will be paying about $150 less per month than the current lowest-price option.

Patients in Australia’s Canberra Hospital are about to receive meals developed by Michelin star chef Andreas Seibold. Seibold, who has worked in five-star restaurants and hotels in Germany and Singapore, is looking to bring healthier and better tasting food to the hospital’s menu. He’ll be focusing on vegan and vegetarian options, primarily with a Mediterranean cuisine style.

In a truly heartwarming story, a thirteen-year-old boy in Atlanta treated guests to Christmas Eve meals at the cafeteria at Scottish Rite Hospital at Children’s Healthcare of Atlanta. The boy, Jerry Hatcher Jr., saved nearly $1,300 for the meal giveaway. Hatcher said he has done this for the past several years following his family’s own experience of having a family member in the hospital over the holidays and knowing that the cost of buying meals while caring for family in the hospital adds up.

Bellevue Hospital in New York City is starting a new program that will examine the impact of a plant-based diet on patient recovery. While not run through the foodservice program at the hospital, it is an interesting concept and could make for a good extension of the nutrition department if results are positive. Designed by a doctor, the plant-based dining program will provide doctors, dietitians and dietary coaches for its 100 participants, who were chosen based on a history of heart disease, type 2 diabetes and obesity, among other conditions.