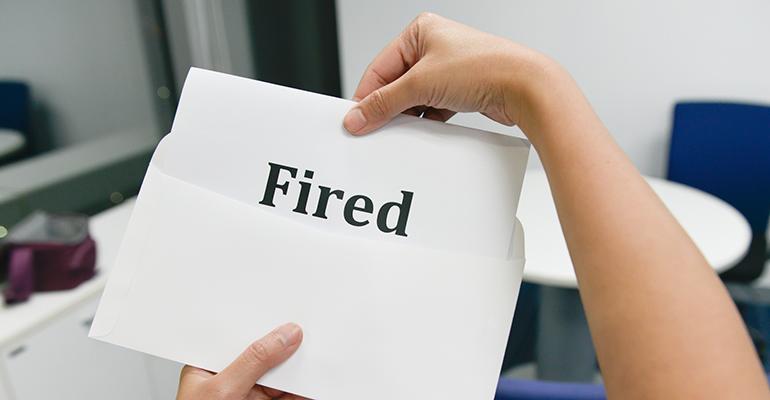 This and more are the things you missed for the week of April 16.

A student dining employee at the University of North Texas (UNT) was fired this week after including a racist word on a receipt. A student purchased a meal from a location in the student union and the dining employee used the N word as the ID on the receipt, which was printed and given to the customer. The employee was fired, the university confirmed. UNT Dining Services posted this to its Twitter account: “We at UNT Dining Services are aware of the receipt situation and are investigating this very serious matter. We sincerely apologize. Those responsible for this will be held accountable.”

Members of the Service Employees International Union Local 99, which includes the foodservice workers for Los Angeles Unified School District, have voted to authorize a strike. If no significant movement is made in negotiations by April 30, the workers could strike. Issues at hand for the union include wages and staffing shortages. District officials have proposed an increase in wages from an initial 2 percent to 3 percent, which the union said was “a step in the right direction, but it’s not enough.”

Northwestern University has moved from Sodexo to Compass Group. Compass will take over in the fall. The move also affects the Chicago campus, where Aramark had been involved. Northwestern said Compass’ plan “emphasized high-quality food, fair wages, sustainability strategies and local vendor partnership,” as well as promises of adding new technologies like mobile ordering and delivery.

In the past decade or so, hospitals have taken great steps to walk the healthy walk. But one restaurateur in Florida says that the medical district’s patients and employees don’t have access to healthy, tasty food—so they are building a restaurant there. The Wynwood Yard restaurant group is opening a food hall with five fast-casual restaurants in Miami’s health district. The group told Health New Florida: “Our team has been working with Sylvester Cancer Center, which is actually right down the street from where we're located. They told us that there was really nowhere within the entire Jackson Health District where they could recommend that some of their very critical patients eat, based on their dietary recommendations. When we first had that meeting we were sort of shocked that that's the reality here.”

5. Iowa governor signs “lunch shaming” bill
Iowa has finalized a so-called “lunch shaming” bill that it hopes will end some issues in unpaid meal accounts. The bill calls for the following: a district must provide info twice annually to all parents/guardians regarding free meals applications, and provide that info again if a student owes debt of more than five lunches; encourages districts to provide a reimbursable meal, instead of an alternative meal, to any student requesting it; and prohibits schools from publicly identifying students with meal debt. The bill also allows districts to create a fund for outside parties to donate money to cover unpaid meal charges and requires the Iowa Department of Education to work with districts on creating best practices on the topic.