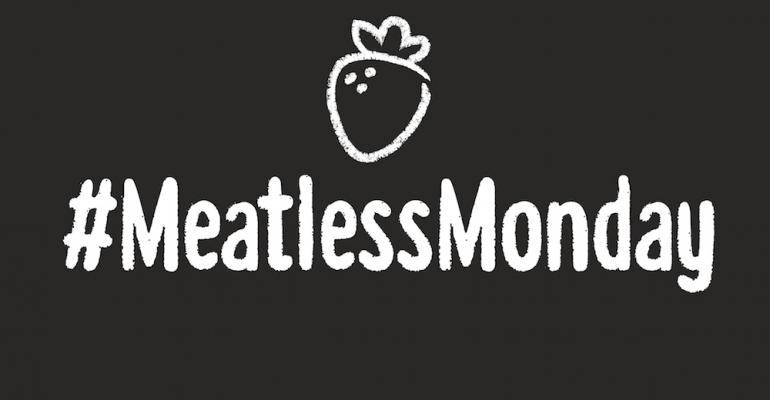 This and more are the things you missed for the week of April 18.

1. Dining halts Meatless Monday program after professor calls it offensive
A Meatless Monday campaign at the University of Delaware has been halted after a professor complained about the name. The agriculture professor said the name was disparaging and offensive to certain groups, including himself, on campus. He also said the name wasn’t accurate as the campaign seeks to reduce the amount of meat options served not eliminate them completely. The professor also objected to what he said was a campaign that equated eating meat with animal cruelty. After being contacted by the professor, dining services halted the Meatless Monday campaign, saying it would return with changes.

2.  Genetically “edited” foods become reality
Last month I wrote a cover story on the “Future of Food Service” in which I talked about seven trends that will affect operations in the years to come. One of those trends has recently come to fruition: editing of food through CRISPR. CRISPR is a gene editing tool that allows a person to remove a certain unwanted genetic code, and also to insert a more desirable code. A scientist at Penn State University has done this with mushrooms, removing an enzyme that will keep the white button mushrooms from turning brown so quickly. Pretty cool, right? But now the question becomes, is an edited food a genetically modified food, and should those products be regulated by federal agencies like the USDA? Before the Penn State researcher embarked on his mushroom project, he contacted the USDA with this very question, and the agency said at the time it would not be subject to USDA regulation, according to an article by NPR. GMOs are currently submitted to the FDA for review, but many are saying the entire process for GMOs and genetically edited foods should have a more rigorous and standardized review process. Apparently the White House agrees, and announced a review of the entire framework for such genetically modified crops.

Read more: Will Genetically 'Edited' Food Be Regulated? The Case Of The Mushroom

3. District returns to NSLP program after 18 months off
After opting out of the National School Lunch Program (NSLP), Greenville Central School District is once again returning to the federal meals program. Greenville, like several other districts, left the NSLP after strict regulations set forth by the Healthy, Hunger-Free Kids Act created more plate waste and decreased participation. Greenville is going back on the program because it says there isn’t enough of a participation increase to offset the federal reimbursements that come with being part of the NSLP.

4. DC Schools chief asks for large gala donation months after lawsuit filed
There’s another wrinkle in the ongoing fallout from the 2013 whistleblower lawsuit filed against Chartwells by the terminated DC Schools foodservice director Jeffrey Mills. Quick rundown: Mills claims he was wrongfully terminated after he brought up performance issues he had with the district’s contractor, Chartwells. Compass, Chartwells’ parent company, agreed to pay $19.4 million to settle the case and the district paid $450,000. Now, according to NBC Washington, the DC Schools chief Kaya Henderson asked Chartwells’ president for a $100,000 gala donation just months after the lawsuit was filed. While there are rules forbidding city employees from soliciting money for charitable contributions, they do not address donations to the D.C. Public Education Fund, which organized the gala. A spokeswoman for the district said that Henderson plays an important role in attracting donors to the event, but said “there is a firm wall between the management of DCPS contracts and the fundraising of the D.C. Ed Fun.” Some aren’t buying it, however, with one council member saying she thinks the request was “highly irregular and improper.”

5.  Advocacy group targets hospitals with fast food
The Physicians Committee for Responsible Medicine (PCRM) is directing its billboard campaign at another group: hospitals. The group has erected billboards calling out school meal programs for serving items like hot dogs. It’s now putting up billboards near hospitals that have Chick-fil-A outlets inside. The billboards play off the fast food giant’s “Eat More Chicken” slogan, with an “Eat More Chickpeas” message. The committee is also putting up ads in local bus shelters and in Charleston, S.C., it has placed advertising on the city’s entire fleet of city buses. The group says hospitals should be places that promote wellness and healthy eating and says fast food isn’t an example of that practice.