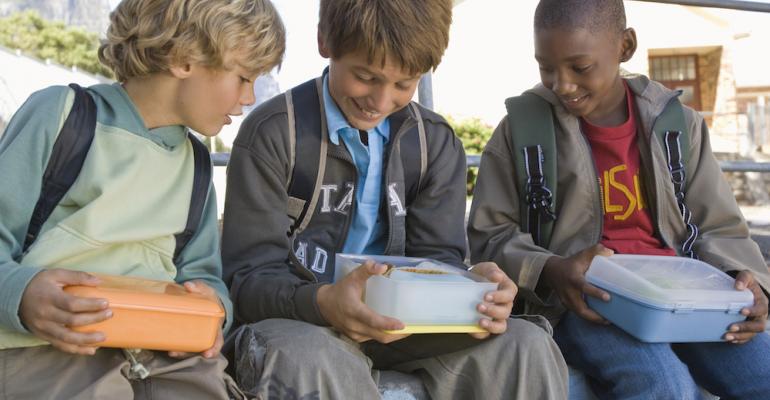 This and more are the things you missed for the week of April 4.

Students in several English schools are being charged a fee to bring a packed lunch from home, reports the Parent Herald. The fee was discovered by the National Association of Schoolmasters Union of Women Teachers. The association discovered that the fee—sometimes as much as $2.57—was being charged at elementary and secondary schools to cover the cost associated with supervising students during lunch. The association holds the government responsible for oversight as school funding is being cut.

Read more: Eating Packed Lunch At School Is Not For Free Anymore

2.  UW-Madison students campaign to allow food stamp payment in dining halls
A student organization at the University of Wisconsin-Madison is starting a campaign asking the university to allow food stamp payment at campus dining locations, including dining halls. The Associated Students of Madison Legislative Affairs Committee is asking for the payment option to reduce the stigma associated with students paying with food stamps not being able to purchase meals in dining halls with their peers. The organization noted that the numbers of students with financial need is increasing. There is also currently a bill in the state legislature that would call for all higher education institutes to accept food stamp payment. Recently, Oregon State University started allowing SNAP payment in one of its c-stores.

3.  Picture menus help patient order at hospital
Menus featuring pictures of the actual dishes are helping patients with communication difficulties order meals at Countess of Chester Hospital in the UK. The hospital’s dietitian says the pictorial menus ensure that patients get the meals they want instead of hospital staff picking what they think a patient would like to eat. The dietitian adds that the menus have pictures to help patients with memory loss recognize the food items. For example, the shepherd’s pie has a photo of a lamb.

4. Community program delivers meals for cancer patients
As hospitals look for ways to reduce readmissions and increase their presence in the communities they serve, one possibly overlooked way to achieve these goals could be providing meals for patients after they’ve been discharged. The Ceres Community Project saw the need and filled it by making and delivering meals to cancer patients. The Bay Area program launched in 2007 uses teenage volunteers to prepare healthy, organic meals, which are delivered to patients with cancer or other debilitating conditions, according to an article on NPR. In 2015, more than 90,000 meals were prepared and served. Similar programs have opened in Oregon and Wisconsin. One hospital in Florida, Lee Memorial Health System, has piloted a similar program delivering meals to recently discharged patients and seen great success. Perhaps it’s time for other hospitals to implement similar programs.

Former chef de cuisine of world-renowned Copenhagen restaurant Noma Daniel Giusti has selected his first project for his newly formed management company Brigaid: New London Public Schools. In the yet-to-be-signed three-year contract, six chefs at $60,000 each per year will be hired to revamp the district’s foodservice program following a restaurant-minded approach. Guisti says the chefs will provide the staff oversight that is often missing in districts where a director is overseeing 100 plus schools.