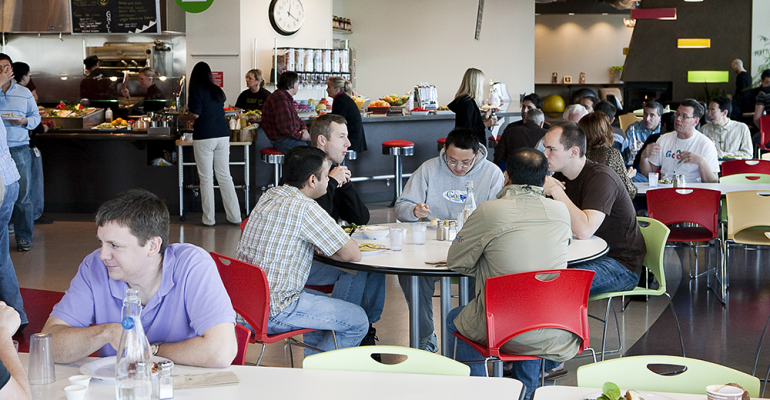 This and a touching Christmas Eve gesture are the things you missed for the week of Dec. 30.

Some 2,300 food preparers, dishwashers and other cafeteria workers at dozens of Google campuses around the Bay Area, including the headquarters in Mountain View, have voted to form a union. They will organize with a local chapter of the Unite Here national union that represents some 300,000 workers in the hotel, food service, laundry, warehouse and casino gaming industries. The Google workers technically are employed by management company Bon Appetit, not Google, and are now in the process of negotiating a contract.

2. Teen surprises families by paying for their hospital cafeteria meals on Christmas Eve

Every Christmas Eve for the past seven years, Jerry Hatcher Jr. surprises families at Children’s Healthcare of Atlanta by paying for their meals in the cafeteria. He began the tradition in 2013, when he was only 7, after his baby brother Javier’s three-week hospital stay. Rather than getting the PlayStation 4 he had eyed that year as his Christmas present, he asked his parents to drive him to the hospital where he hid behind cafeteria cash registers and surprised patrons by paying for their meals. Since then, each year he saves his allowance and collects donations in order to repeat the gesture. “Since that morning in 2013, he’s brought tears of joy to hundreds of our patients’ families on Christmas Eve,” read a social media post from the hospital. “And as most of us were still asleep this morning, the little-boy-turned-teenager was back at it.”

A University of Northern Iowa student filed an “incident of bias” complaint in response to a “peanut day” event hosted by the university’s dining hall to promote nutrients in peanuts. In his complaint, the student, who is not allergic to peanuts, claimed that the event discriminated against students who were allergic to peanuts and unnecessarily endangered them. “Peanut allergies can be life-threatening to some,” he wrote, “and even when the day is over, their [sic] still risks contaminating the air and other surfaces,” noting that the air conditioning system in the dining room was connected to other campus buildings and therefore could spread contamination.

A safe worth $3,000 that went missing from an office in the Cuyahoga County Justice Center's cafeteria in Cleveland has been found…concealed in the cafeteria. The safe was reported stolen after a manager of a company that rents out space in the cafeteria noticed that someone had removed the glass from his office door and absconded with the safe.

According to the Cuyahoga County Sheriff's Office, there were no signs of a break-in at the cafeteria itself and authorities are still investigating to determine how and why the safe was moved. They didn't say if it had been opened or if any of its contents were taken.

A group of students at West Plains High School in Missouri reacted to another student group’s handing out of LGBTQ pride flags at their school by displaying a Confederate flag in the school cafeteria, sparking a contentious debate on social media that has roiled the community. Students said that the Confederate flag incident was posted on Snapchat with the caption: "If they can fly their queer flags, others can fly their rebel flags. Butt hurt?" After investigating the Dec. 9 incident, district officials decided not to take disciplinary actions against any students and has chosen to deal with the incident as a "learning experience." The district’s statement noted that “while we respect student’s first amendment rights…we became aware the banners were used by some members of the groups to taunt other students, and that is not acceptable. Rather than deal with this a disciplinary matter, we chose to deal with it as a learning experience. No disciplinary actions were taken. Our hope is to teach our students to respect each other and to respect different viewpoints on a variety of societal issues.”