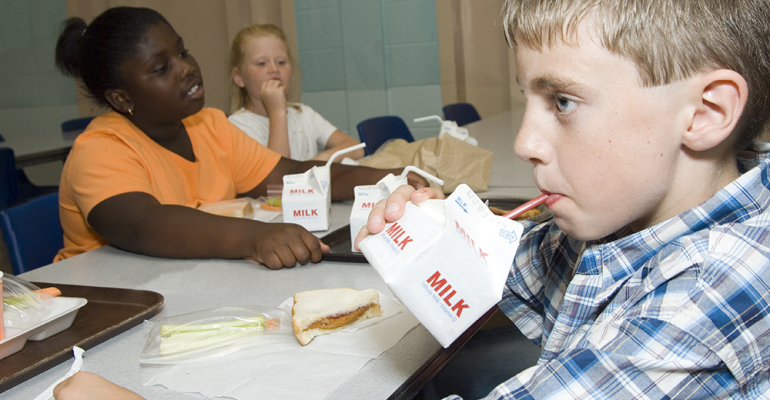 bonniej/iStock/Getty Images Plus
Grand Forks' school children can eat “the meal of their choice, regardless of the ability to pay.”
News & Trends

This and Marc Bruno’s elevation to Aramark COO are the things you missed for the week of November 18.

Aramark has promoted Marc Bruno to COO of its U.S. Food & Facilities unit, reporting to recently named CEO John Zillmer. Bruno had most recently served as COO for the Sports, Leisure, Corrections, Facilities and K-12 unit. He joined Aramark in 1993 and has led virtually every one of Aramark’s U.S. food and facilities businesses at some point, as well as overseeing its Olympic Games operations and other major events, such as Super Bowls, World Series, political conventions and a Papal visit.

At the Grand Forks Public Schools in North Dakota, students receive a hot meal whether they pay for it or not as part of an ongoing pilot program launched last year. In effect an “honor system” approach to paying for school lunch, it guarantees that everyone’s kids will still eat “the meal of their choice, regardless of the ability to pay,” according to district spokeswoman Tracy Jentz. The policy has been bolstered by outside donations that have in part paid down meal account deficits, which totaled $3,249.95 for the 2018-2019 school year, per a district spokesperson. No data on the current year’s balance was available. District officials have expressed confidence that the “pilot” program will continue.

3. Vandy students can use meal swipes at basketball games

A partnership between Vanderbilt University’s Campus Dining and Athletics departments will allow students, faculty and staff to use meal swipes at men’s and women’s basketball games. The initiative, “Order Up and Anchor Down,” began at the Nov. 20 men’s basketball game against Austin Peay. Standard meal plans, flex meals, guest meals and faculty/staff flex meals are all redeemable in Memorial Gym during home basketball games, but there are currently only two options for fans using a meal swipe—either a hot dog or a chicken Caesar salad, with both including popcorn and a medium fountain drink.

Read more: ‘Order Up and Anchor Down’: Students to be able to use meal swipes at basketball games

Among his remarks thanking supporters for standing by him during his contentious confirmation hearings, recently confirmed U.S. Supreme Court Justice Brett Kavanaugh joked about one of his most unpleasant surprises at joining the highest court in the land— “When I arrived, I noticed the cafeteria did not serve pizza,” Kavanaugh said. “I thought, ‘What an outrage.’” Kavanaugh spoke before the Federalist Society, a conservative legal organization that originally recommended his nomination to the Supreme Court to President Donald Trump.

Read more: Kavanaugh jokes about ‘SNL’ parody of him in first major speech since confirmation