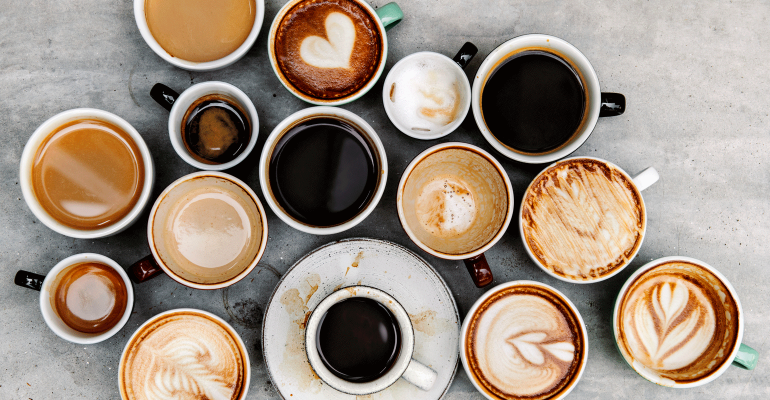 5 things: Has the day of the robot barista arrived?

A company called Briggo has created a fully automated, robotic brewing machine that that can push out 100 cups an hour of customized gourmet coffee that customers can order via an app while controlling ingredients, espresso shots, flavorings and temperature, all without any human interaction. The auto barista is just the latest iteration of a trend that now has robots doing foodservice tasks ranging from flipping burgers and composing salads to making deliveries.

In a policy announcement effective immediately, the USDA is permitting school food authorities participating in the School Breakfast Program to credit any vegetable offered, including potatoes and other starchy vegetables, in place of fruit without including vegetables from other subgroups in the weekly menus.

Whip Rep. Jordan Harris and Caucus Chair Rep. Joanna McClinton of the Democratic minority in the Pennsylvania House of Representatives worked a shift at the capitol cafeteria on March 21 to show solidarity with state food service workers on their fight to raise the minimum wage. Gov. Tom Wolf proposed gradually raising the minimum wage to $15 a hour in this year’s budget but the legislature’s Republican majority has rejected that number, though it did express a willingness to negotiate some increase. During their time in the foodservice trenches, Harris stocked Coke bottles while McClinton filled foam shells with BBQ chicken.

Way before the passage of the original National School Lunch Act in 1946, a privately run in-school lunch program in New York City was serving tens of thousands of authentic ethnic meals to children in as many as 60 schools across the city in the second decade of the 20th century, according to this Atlas Obscura article. The meals were tailored to individual populations in the highly diverse, fragmented, immigrant-heavy school population of New York. Unfortunately, when the city took over the program in 1917, it not only slashed the budget but homogenized the menu to a single “stubbornly, blandly American” bill of fare, a menu approach also adopted by the federal National School Lunch Program until fairly recently.

Read more: American School Lunch Is Becoming More Diverse, Like It Was in the 1910s

5. Guess what they found on fast food touchscreens in this British investigation (hint: it’s gross)

The self-order touchscreens at all eight McDonald’s units in London and Birmingham that were recently tested by British investigators found traces of fecal bacteria, some of them highly contagious and dangerous, “the kind of infections that people pick up in hospitals,” according to a microbiologist quoted in the article. Asked for a response, a McDonald’s spokesman said the screens are cleaned “frequently” throughout the day and all units offer facilities where customers can wash their hands.

While the article is a bit sensationalistic, it does dramatize a potentially serious problem with communal self-order touchscreens increasingly seen in high-volume retail dining environments like food courts, where they are seen as one way to alleviate counter wait times. Operators with such units may wish to review their sanitation procedures.