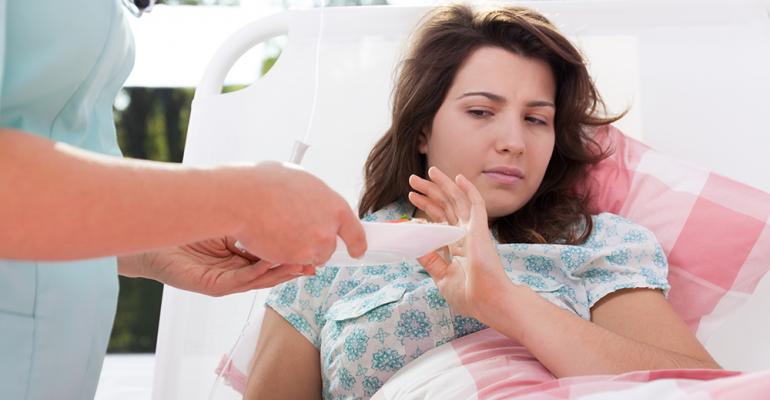 This and more are the things you missed for the week of Feb. 4

The idea of food as medicine is a topic that’s taking hold in many healthcare settings in the country. A new study, published in the Journal of Parenteral and Enteral Nutrition, really emphasizes the impact of food while patients are recovering in hospitals. It found that half of patients are eating half—or less—of the foods they are served, which puts them at a higher risk for death. Adults who didn’t eat any of their food during their hospital stay had nearly six times higher risk of death compared to patients who ate some food. “Malnutrition can be invisible to the eye and is rampant in U.S. hospitals because it’s not always top of mind—symptoms, like decreased energy and unintentional weight loss, can often be attributed to a patient’s primary diagnosis,” said Gail Gerwitz, M.S., R.D., president and founder of nutritionDay in a press release. “However, our data shows that one warning sign—poor food intake—is very common in hospitals, and this is something healthcare providers can easily look out for and address.”

Two college students have filed a lawsuit accusing Brown University of violating the Fair Labor Standards and state employment laws. The students say they were not paid for “on-call” and overtime hours though on-call student employees were required to stay on campus to fill in any time a worker called out during those on-call hours. They also say they were expected to address issues at any moment, and that manifested itself in answering emails, text messages and group chats during off hours. The students said this made it difficult for them to move off campus or go to the gym, and they would even have to skip classes in order to cover for other employees. Their lawyer said this on-call time amounted to between 12 and 112 hours a week for which they were not compensated. A spokesman for the Brown University Dining Services told the Providence Journal that dining services’ structure is “based on the fact that students at Brown are students first.”

The Claremont Unified School District and a former school nutrition worker have agreed to pay $1.8 million to a student who says he was sexually abused by a cafeteria worker in 2014 when the student was 16 years old. The cafeteria worker is accused of sexually harassing the student when he was in an educational program that had him helping to prepare lunches at the high school. The suit alleges that’s when the abuse began. The accused worker has since resigned.

4. Trump trade war and the impact on fish sticks in cafeterias

As President Trump cracks down on trade, particularly with regard to China, there’s been an unintended impact: There are more Russian fish sticks in cafeterias in the US. A bit of background: The administration put a 10 percent tariff on some imports from China. Domestic fish producers thought this would alleviate a price advantage that Russian fish producers had over US producers, but it did not. The US Trade Representative excluded Russian pollock from the tariffs, meaning that Russian pollock, which is processed in China, is being heavily purchased to serve in cafeterias stateside. Because of the tariff, Alaskan producers can no longer send their fish to China for processing, where they would incur the 25 percent additional tariff.