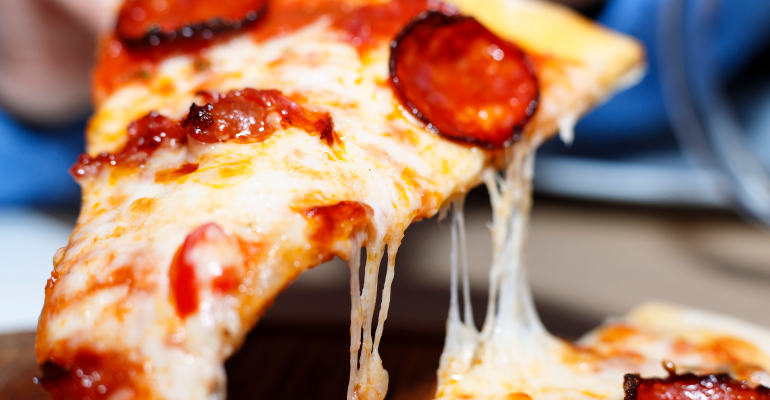 This and more are the things you missed for the week of Aug. 6

When Betti Wiggins left Detroit for Houston ISD last year, many in the city hailed the move to bring in the lauded director. Wiggins, at the time, called pizza and hot dogs “carnival food,” adding that “those are foods that we shouldn’t be talking about to represent a good diet that’s nutritious to our kids.” Now, some are crying foul about an $8 million contract the district school nutrition program has with Domino’s Pizza for the chain’s Smart Slice pizza. The product is formulated to meet USDA school meal regulations, but some question the move to sign such a contract given Wiggins’ earlier comments.

The dining program at the University of Massachusetts has been named best campus food by The Princeton Review, the third year in a row the school has received the honor. Rounding out the top five were Bowdoin College, Virginia Tech, Cornell University and James Madison University. The rankings come from surveys of 138,000 students.

In other Houston ISD news, all of its students will be able to eat all school meals for free under the Community Eligibility Provision. The district has been offering free breakfast to all students since 2009. The district was temporarily able to serve students for free last year following the ravages of Hurricane Harvey.

Aramark has announced an investment in Oath Pizza, hoping to accelerate the chain’s growth in colleges, hospitals, B&I and sports venues. The move is unusual for Aramark, which typically enters into licensing agreements with national brands like Starbucks or Chick-fil-A, as Oath Pizza currently only has 10 units. However, Aramark entered into the exclusive, strategic partnership with the chain because it sees it as a new, niche brand that could be scaled across its portfolio, said Aramark spokesman David Freidreich.

All students will now eat free under an expansion of the Community Eligibility Provision in Baltimore County schools. The move comes after advocates urged the expansion of a pilot program that was running CEP in several schools.