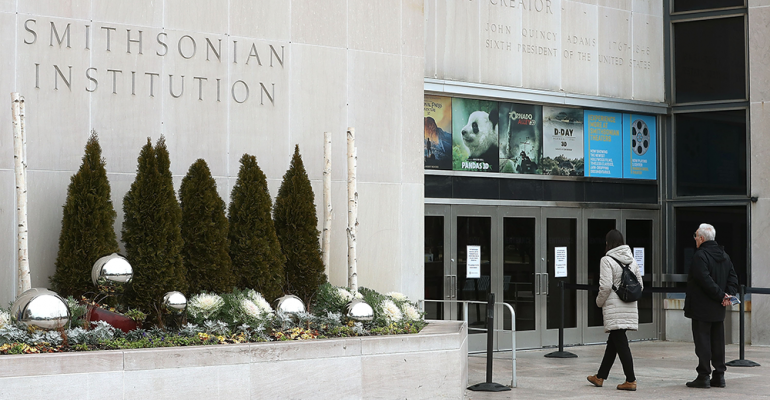 Mark Wilson/Staff/Getty Images News
Tourists discover that the Smithsonian National Museum of American History is closed due to the partial shutdown of the U.S. government.
News & Trends

5 things: How the gov shutdown is impacting foodservice

This and more are the things you missed for the week of Jan. 7

Each Friday I compile a list that highlights five things you probably missed in the news that week and why you should care about them. In this special 5 Things, we look at the news surrounding the impact on foodservice from the government shutdown.

1. What’s going on with food inspections

The Food and Drug Administration (FDA) isn’t immune to the shutdown, and FDA commissioner Scott Gottlieb has said that 50 percent of “high-risk” food inspections have been skipped. Gottlieb said that about 31 percent of the FDA’s inspections are considered “high-risk,” with items like low-acid canned goods, soft cheeses, prepared salads and unpasteurized juice included in that “high-risk” level. The FDA is continuing to inspect foreign imports and is still addressing outbreaks.

Read more: So Who’s Inspecting Our Food During the Government Shutdown?

The USDA is, so far, continuing some of its work, including meat, poultry and processed egg inspections. Child nutrition programs, including the National School Lunch and Breakfast Programs, have funding through February.

Read more: This is what the USDA will and will not do during a government shutdown

Many districts have a set credit limit that students have to reach before they are no longer allowed to charge meals to their unpaid accounts. Charles County Public Schools in Maryland is increasing that limit to help any families that might be hit hard by the government shutdown. The district is allowing $30 more in credits, which amounts to two weeks worth of meals. The increase will be in place for 30 days after the shutdown ends.

The dining operations at the vast operations of the Smithsonian have been closed. That includes cafes in 11 museums and galleries as well as the National Zoo. This article provides a list of all the cafes that have been closed due to the shutdown. Some, like the National Museum of American History, were able to stay open for a bit longer, until Jan. 3, with unused prior-year funds.

5. A look at prison food during the holidays

This is an interesting article showing the dichotomy between holiday prison meals and the uncertainty of paychecks for those serving the meals. Holiday meals are planned weeks in advance, and many of those special meals included high-price items like steak. One prisoner wrote that he was “eatin’ like a boss” during the holiday meal. That contrasts starkly with the workers serving those meals, who aren’t sure when they will get paid, with one guard telling The Washington Post that the inmates were “eating like kings and then laughing at us.”

Read more: ‘I been eatin like a boss’: Federal prisoners served steak by unpaid guards during shutdown