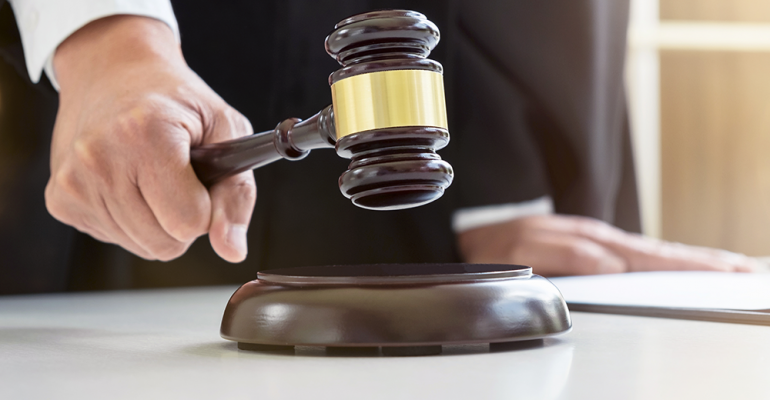 This and more are the things you missed for the week of Sept. 30.

Related: 5 things: School lunch in Seattle off to a rocky start

An administrative law judge in New York has recommended that the city fire a food service manager who exposed elementary school students in the Bronx to expired and recalled food, and repeatedly ignored a broken freezer despite warnings from her supervisors. Britten Logan has worked as a school food service manager in school district 10 in the Bronx for eight years and was responsible for overseeing 1,500 meals a day in the cafeterias of P.S. 33 in Fordham Heights and P.S. 59 and its annex in Belmont.

Logan “routinely failed to perform to minimum standards and steadfastly refused to implement the most simple safety precaution" over 13 months in 2017 and 2018, Administrative Law Judge Joycelyn McGeachy-Kuls has ruled. Her supervisors started noticing problems in February 2017 when a visit at P.S. 59 revealed incorrect menus, a dirty kitchen, no expiration dates on grocery items and a broken freezer, according to the judge’s rulings.

A lawsuit against the University of Southern California and its attached USC Village property by two commercial restaurant operators—Rance’s Chicago Pizza and all-day cafe BBCM—alleges that USC’s Real Estate and Asset Management team used deceptive practices to lure them and others in to USC Village, and that the university then failed to deliver on promises made to the businesses, including the ability for students to use on-campus dining cards, known as USCards, as payment at the restaurants. They also say USC promised USC Village would hold farmer’s markets, tailgates and other events to draw traffic from the local community, but vendors say they have made little profit during the summer and holiday breaks. They are asking for $5 million.

USC denies the allegations and notes that Rance’s had fallen several months behind on rent before closing. BBCM has also closed.

Harvard University’s Undergraduate Council is currently working to bring to campus small robots from vendor Starship Technologies that are powered by artificial intelligence and can deliver food to students. Starship’s robots already operate on the campuses of George Mason University, Northern Arizona University, Purdue University, the University of Pittsburgh and at the Turbotax corporate campus.

In Virginia in 2017, roughly half of the students in college in the state qualified for federal Supplemental Nutrition Assistance Program (SNAP) benefits, but many didn’t use the program, according to newly released data from the State Council of Higher Education for Virginia (SCHEV). SCHEV used information from financial aid paperwork and statistics from the Department of Social Services to estimate how many college students use SNAP benefits, or food stamps, and how many potentially qualify for the assistance.

In 2017, 93,618 students enrolled in a college in the state could have potentially accessed SNAP benefits, yet in the previous academic year, the most recent year available for the study, only 16,700 of students enrolled in all institutions of higher education in the state used SNAP, only 2,830 of whom were in four-year colleges. Most—12,300—were in community colleges.

Read more: Thousands of college students might qualify for food stamps but don’t use the program

As if Miami Dolphins fans haven’t suffered enough this season (the team is 0-4 and has been outscored 163-26), Nathaniel Collier, a 33-year-old walking vendor at Miami’s Hard Rock Stadium, was busted at a recent Dolphins game for charging a fan $724 for two beers, Miami-Dade police said. Collier allegedly swiped a fan’s card on a personal card reader instead of the device the stadium provides to vendors, according to the police report. Shortly after the transaction was processed, the fan received an alert from his bank notifying him of the steep charge to his card along with the vendor's name.

Collier works for Rocket Man, a Kentucky-based subcontractor that employs walking vendors at major sporting events and concerts, according to a spokesman for Centerplate, which manages Hard Rock Stadium's concessions. He was fired following his arrest and the customer received a full refund.