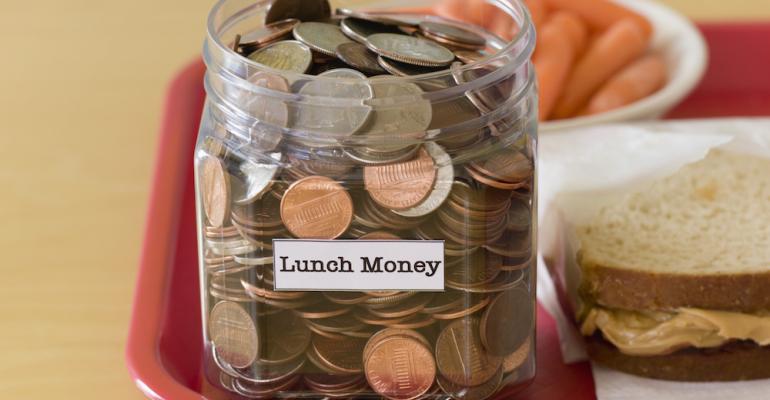 5 things: Loophole causing some NYC students to miss out on free meals

This and more are the things you missed for the week of May 2.

1. Loophole causing some NYC students to miss out on free meals
In 2014, the NYC Department of Education expanded a free lunch program to middle schoolers, regardless of their payment status. The issue, some say, is with the way the DOE has defined middle school students: those who attend a school that serves grades six through eight only. That means those students who are in schools with grades six through eight but that also teach students outside those grades are not receiving free meals (those students who qualify financially are still receiving free or reduced priced meals; they just have to fill out paperwork). Based on that definition, only 46 percent of schools serving middle school students was eligible for the free meals program—that’s 289 schools out of 630 that serve middle school students.

2.  Employees no longer allowed tips at college restaurant
Employees who work at Chuck & Augie’s, a restaurant run by dining services at the University of Connecticut (UConn), can no longer accept tips. According to an article by the Daily Campus, the move comes as dining services moves its employees to the UConn student payroll system and seeks to ensure all dining operations are consistent, i.e., no other dining locations allowed for tipping. Some employees were upset, saying they would lose valuable income.

4. University: $17,000 table was “mistake”
Officials at the University of New Hampshire have admitted that paying nearly $18,000 for a chef’s table was a “mistake.” The custom-made table was installed a few weeks ago in one of the college’s dining halls. It has 16 seats and LED lights, which the university thought would help foster communication between dining staff and students.

5.  All NJ public schools to have water tested for lead
After nearly half the schools in the Newark Public school system were found to have lead in their drinking water, Governor Chris Christy ordered mandatory testing of the water in all of the state’s public schools. The state will cover the testing in 3,000 facilities at a cost of $10 million. Testing will begin next year. One requirement of the Healthy, Hungry-Free Kids Act is that students have access to water in the cafeteria. Many districts meet that requirement through the use of water fountains.