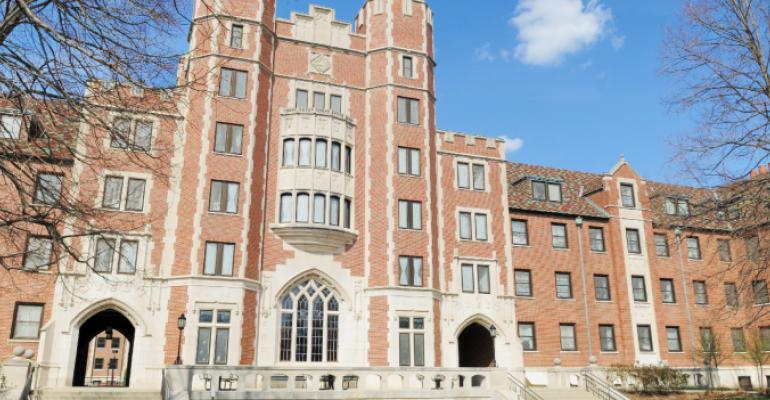 Purdue9394 / iStock / Getty Images Plus
The class-action complaints include both private and public institutions, including Brown, Cornell, Columbia, Michigan State, Purdue and the University of Colorado, Boulder, The Associated Press reports.
News & Trends

This and Elior Group reporting financial losses due to coronavirus are among the things you missed for the week of May 4.

Over two dozen colleges around the country have been sued by students who want tuition refunds on their spring terms that have largely been forced online due to the coronavirus pandemic. The class-action complaints include both private and public institutions, including Brown, Cornell, Columbia, Michigan State, Purdue and the University of Colorado, Boulder, The Associated Press reports.

While it is not scheduled to report first half results until May 27th, Elior Group, the Paris-based parent of FM Top 50 firm Elior North America provided an update on the effects of the coronavirus and preliminary financials for its fiscal year first half, ended March 31. They indicate a drop of €2.459 billion in revenues, which is down 6.2% on an organic basis year-on-year. The coronavirus-related impact is estimated at €157 million.

The company says that until the virus outbreak, Elior was “well oriented to deliver its annual objectives.

“Following a good start to the year, our activity was severely disrupted in the course of March as a result of lockdown measures implemented in all of the countries where we operate and the ramp-up of work from home that significantly impacted our Education and Business & Industry segments,” commented CEO Philippe Guillemot.

The Department of Human Services (DHS) and the Oregon Department of Education have  announced that Oregon families with children who are eligible for free or reduced-price school meals will get cash benefits for the meals they would have received at school even if they have been accessing meals from schools during the closure.

The USDA Food and Nutrition Service authorized DHS to provide Oregon P-EBT Pandemic School Meal Replacement Benefits to more than 351,000 students receiving free or reduced-price school meals in Oregon, including almost 147,000 students already receiving Nutrition Assistance. Households will receive benefits equivalent to one free lunch and one free breakfast for each eligible child—$5.70 per normal school day for the months of March, April, May and June.

Read more: Oregon to provide over 351,000 children with benefits to replace school meals

In a typical Major League Baseball (MLB) season, fans consume somewhere around 18 million hot dogs and 4 to 7 million bags of peanuts. With that demand reduced (or gone, depending on what MLB does), both industries have seen shifts.

For peanuts, the sudden decline hasn’t led to disaster as demand for peanut butter has been “literally off the charts,” according to Rick McGee, vice president of food service sales for Hampton Farms, one of the country’s largest roasters of in-shell peanuts. In fact, it’s up year-over-year in some areas by as much as 175%, in a trend that’s shown no signs of slowing.

The hot-dog industry has seen a somewhat similar movement. While they’ve lost out on the millions of hot dogs that would ordinarily be eaten at baseball stadiums, consumers are buying far more to eat at home, with grocery sales more than doubling year-over-year in recent weeks, which is sufficient to account for the loss seen with stadiums and restaurants. It’s “fairly close” between the hot dogs added in retail and those lost in food service, says Eric Mittenthal, president of the National Hot Dog and Sausage Council.

Read more: Without Sports, What's Happened to the Peanut and Hot Dog Industries?

Worried about the Asian murder hornet infestation that reportedly has reached the United States? Well, there’s a way to turn the tables as it seems that the giant insects are suitable for eating. In fact, they are considered a delicacy in parts of Japan, where they have long been consumed in a variety of forms—for example, pan-fried and skewered for an on-the-go treat—and valued as a traditional source of cheap protein, according to this article.

And it’s not that dining on insects is unknown in this country as schools such Washington College and the University of Connecticut have promoted eating insects as a sustainable alternative to animal protein; and of course, fried grasshoppers have famously been served at Seattle’s Safeco Field ballpark.

Bonus: 10 questions for onsite dining in the post-COVID world