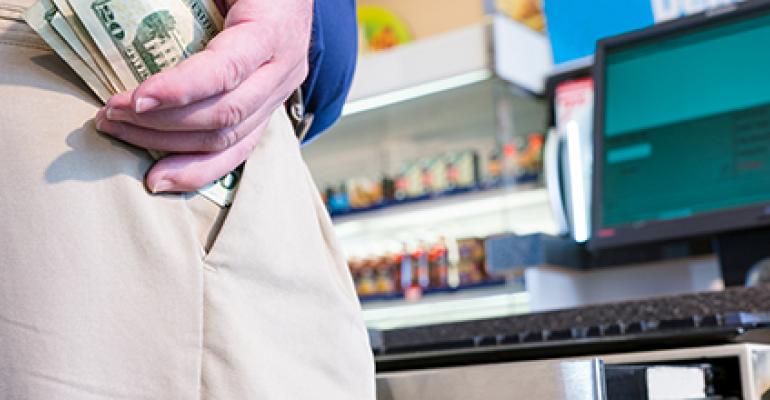 This and more are the things you missed for the week of May 28.

Just two weeks ago I wrote about a cafeteria worker who was accused of stealing lunch money and now there’s been another instance. This time a manager at a high school in Georgia has admitted to stealing $120,000. The thefts took place over five years, when the former manager made 150 deposits of school meal funds into her personal account.

2. Chartwells won’t use E-Verify at Northwestern

Chartwells has said it will not use the federal E-Verify system when it takes over operations at Northwestern University this fall. The system is used to verify a worker’s eligibility to work in the United States. Chartwells made the decision after striking a deal with the dining services worker union, which also included job security for former Sodexo and Aramark employees during the transition. Students had also urged Chartwells not to use the federal system to verify current dining services workers.

Students who wish to have on-campus housing at Vassar College must now also purchase a meal plan. The mandatory meal plan is an attempt to reduce food insecurity but the move also triples the cost of summer housing, from $7 per day to $25 per day. “We had become aware that there was food insecurity among some of our students on campus over the summer,” said President Elizabeth Bradley. “This is a significant concern and so we worked on putting in place a meal plan to ensure all students have access to the nutrition they need. Our goal was to provide two meals a day.”

4. Student startup takes aim at breakfast, late-night dining
In more Northwestern news, students there have started a new business after they said dining services didn’t provide high-quality options for late-night and breakfast dining. The students said other universities offered those services, but Northwestern didn’t, so they created a business plan in one of their classes. Then they were asked to bring that business to life. The business, The Table, is being offered in a local establishment. The team also hopes to purchase a cart to offer their food options near campus.

5. Quack-up at UM
I’ve heard of a lot of animals used in sustainability issues over the years, but this one’s a first: ducks. The University of Montana has purchased six Welsh Harlequin ducks that will live and “work” in the South Avenue Garden. The ducks are supposed to be good for pest control and fertilizer. The garden provides some foodstuffs that are used in campus dining.