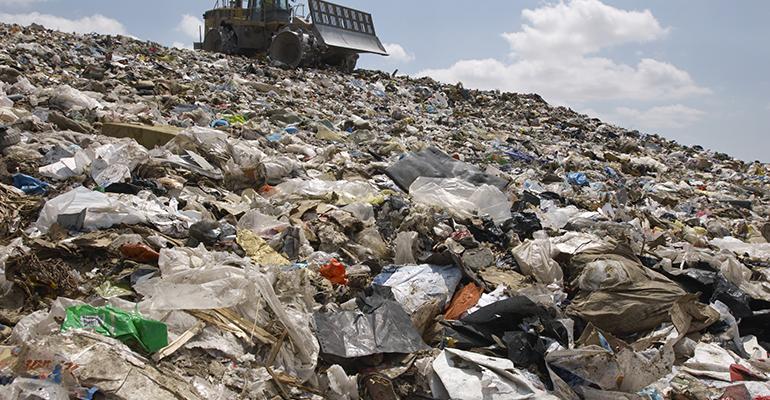 This and more are the things you missed for the week of Feb. 22.

1. Millions of recyclable school lunch trays mistakenly sent to landfill
An estimated 5.4 million recyclable school trays from San Francisco schools were mistakenly sent to the landfill over the past three years, according to an article in the Chronicle. The reason the trays weren’t recycled was a communication failure. School staff thought the recycling company said only clean trays could be recycled. The recycling company is now saying they accept all of the trays, but would prefer if they were cleaned. The process still isn’t clear to some staff and students, as the trays, at least at one school, are still being thrown in the trash. The district started serving meals on trays when it contracted with Revolution Foods to provide meals in 2013.

2. Colleges deal with cultural representation of food
From Black History Month to the correct way to menu a banh mi sandwich, colleges are struggling with cultural representation and authenticity of food. While colleges like Oberlin have heard complaints from students about the Americanization of their home country’s food, the students at Columbia seem to enjoy the versions dining services is offering. The students say that while the food isn’t necessarily as good as the food mom cooked, it’s not appropriative, as the Oberlin students suggested, but rather a good way to open up dialogue with other students.

Read more: Culture Cafeteria: The Politics Behind the Plate

3. California high school without cafeteria for three years over insurance delay
More than three years ago, the cafeteria at Mountain View High School, in El Monte, Calif., was burned down in a fire. District administrators tell the San Gabriel Valley Tribune that students are still waiting for a replacement cafeteria to be built because of “negotiations with the district’s insurance company.” The district says construction will finally begin this summer and be completed by the following school year. That means those students will go for four years without hot meals (meals are being provided cold or are being pre-heated at other sites). Ninety-seven percent of Mountain View students qualify for free or reduced meals. The school is attempting to make some improvements to its meals, even without a cafeteria. Workers began preparing meals in the school’s new culinary arts kitchen.

Read more: Why has El Monte’s Mountain View High School been without a cafeteria for 3 years?

4. District scraps free breakfast to make up budget shortfall
Free breakfast for all students will no longer be offered at St. Joseph School District in Missouri. Breakfast will continue to be offered, however, students who do not qualify for free or reduced priced meals will now have to pay. By cutting the free breakfasts for all, the district will save $250,000 a year. In the first two quarters, more than 113,000 free breakfasts were served to students who would have to pay because they do not qualify for free or reduced priced meals. The free breakfast cut wasn’t the only one the district made; the board has asked for nearly $6.4 million in spending cuts to balance the budget.

Read more: School breakfast no longer free for all

5. Video shows students in Florida reacting to new menu items
Many schools do taste testing of new menu items with their students. When 200 middle and elementary school students in Broward County Schools taste-tested 35 new items, the Sun Sentinel shot a video of their reactions. From “it’s really good” to “it’s bland,” the students weren’t shy about giving their opinions.