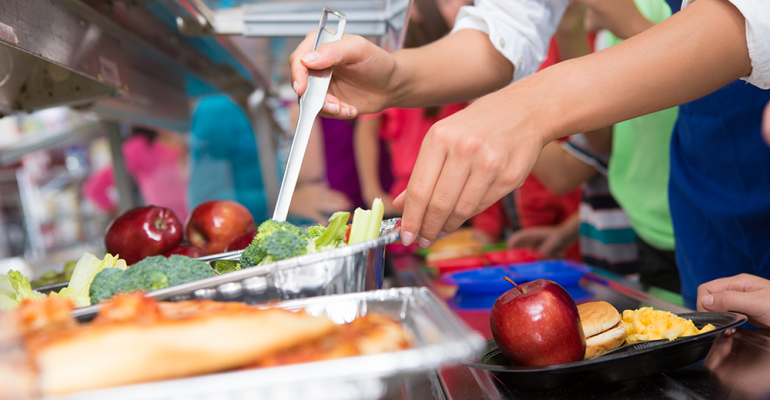 Last week, I wrote about a New Hampshire cafeteria worker who was fired for giving away a free meal to a student. It turns out there’s still another turn in the story. According to the Washington Post, the cafeteria worker might not have been telling the truth. The mother of the student in question has spoken out saying that her son was supposed to bring his lunch to school. She goes on to say that the fired cafeteria worker messaged her son on Facebook trying to cover up the story. According to messages cited by the Union Leader, Bonnie Kimball wrote: “We will prolly get written up…but we can make it look good. Lol.” Kimball, however, rejects the notion that there is a cover-up and has started GoFundMe accounts that have raised several thousand dollars. GoFundMe says it will honor any refund requests by donors, but it hasn’t received any.

Read more: Remember the lunch lady fired for giving a boy a free meal? His mother now says she lied.

Students in a Michigan high school have started a program that takes leftover food from the cafeteria and serves it to students. The program, One More Meal, runs two days a week, during which students set up and serve leftovers from the previous day’s lunch. Cafeteria workers package the food after it’s been cooled down and ensure food safety guidelines are observed. The leftovers are served buffet-style and available to anyone. The student volunteers say it’s helpful for student-athletes and for those who might be food insecure.

Southwest Foodservice Excellence has landed a one-year contract for the Atlanta Public Schools, with the option for four renewals. Southwest replaces Aramark, which took over two years ago after Sodexo abruptly terminated its contract. Southwest’s proposal said it could provide meals that are about 23 cents less than Aramark’s plan. Southwest’s estimated contract cost is $20.15 million, compared to Aramark’s $24 million.

In a story that’s becoming all too familiar, a cafeteria worker in the Moorpark Unified School District in California was arrested and charged with embezzling more than $160,000 in lunch funds. The arrest follows a two-and-a-half-year investigation. The case charges the worker with routinely stealing money from the cash students paid for lunches.

Last year, Brown University required all freshman to purchase a meal plan, and starting next year, sophomores will be required to do the same. Students on meal plans will also be offered meals during spring break. The changes come following recommendations from a group convened by the university provost to look at food insecurity on campus. About 65% of sophomores already purchase a meal plan.