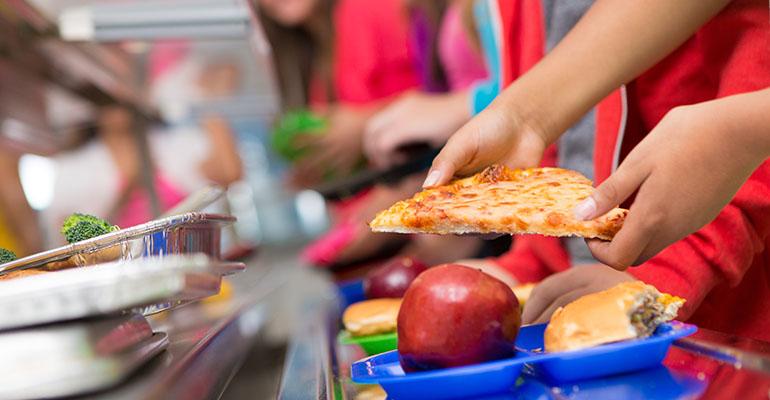 This and more are the things you missed for the week of October 14.

California Governor Gavin Newsome has signed into law a bill that outlaws the practice of giving alternate lunches to students behind on their meal accounts or who can’t pay for the meal. Instead, students will receive a state reimbursable meal of their choice. Specifically, SB 265 amends the Child Hunger Prevention and Fair Treatment Act of 2017 to require all local educational agencies, including school districts, county offices of education and charter schools that provide free and reduced meals, to invalidate policies that call for a student whose parent or guardian has unpaid meal fees be given an alternative meal.

Facing thousands of dollars in unpaid school meal debts, the Cherry Hill (N.J.) Board of Education has approved changes to the district’s school lunch policy that would allow students who fail to pay for lunch to still get a hot lunch from the meal of the day menu, but no a la carte items. It would also ban students who don’t pay after repeated requests from participating in extracurricular events. The previous policy stated that students owing more than $10 would only be allowed tuna sandwich meals while those with more than $20 in debt didn’t receive any food.

The 2019 Vegan Report Card from People for the Ethical Treatment of Animals (PETA) found all-time highs in the number of colleges and universities receiving an “A” or “B” grade, as well as in the number of schools now on the group’s Dean’s List, which means they have met almost every one of the Report Card’s requirements. PETA’s annual survey of campus dining programs at more than 1,400 four-year colleges and universities found that 709 earned at least a “B” and 136 are now on the Dean’s List, up dramatically from 189 and 18, respectively, when the Report Card was launched in 2013.

PETA’s Vegan Report Card grades schools on the number of clearly labeled vegan food items at every meal, the presence of any dedicated vegan dining stations or dining halls, and the availability of vegan milks and desserts, among other criteria. Standouts on the Dean’s List include MIT, the University of Florida and the University of Colorado–Denver.

An informational analysis conducted by the United States Department of Agriculture (USDA) found that only 0.1% of all children—about 40,000—receiving free or reduced lunch would lose their eligibility under a proposed rule to refine categorical eligibility requirements based on receipt of Temporary Assistance for Needy Families (TANF) benefits under the Supplemental Nutrition Assistance Program (SNAP). That includes an estimated 96% of children in households found to have income and assets above SNAP’s statutory eligibility, who will remain eligible for free or reduced-price meals even if the proposed rule becomes final in its current form.

The USDA, however, also found that nearly 1 million children would no longer be directly certified for free and reduced meals if the proposed SNAP changes were implemented.

The informational analysis was undertaken to estimate the indirect impact of the SNAP proposal on school meals programs. USDA also announced that it is reopening the comment period for the proposal for 14 days to give the public an opportunity to review and provide comment on this document as part of the rulemaking record.

The department is making the analysis available to the public on the web at www.regulations.gov.

A bisexual Kings County Hospital (Brooklyn, N.Y.) cafeteria worker is suing the management company whose supervisor fired him after he complained to the company owner. The lawsuit against Kings County Cafeterias Inc. by Juan Carlos Rojas Escobar alleges that the supervisor verbally abused him with ethnic and homophobic slurs ever since he began working in the hospital’s Andy's Cafe cafeteria eight years ago.

Escobar says he complained to a cafeteria manager in 2016, but his supervisor's behavior continued, and so he complained to the Kings County Cafeterias owner this past May, was assured the issue would be addressed and then was fired for allegedly undercharging a hospital director for a coffee, something he says the supervisor asked him to do.