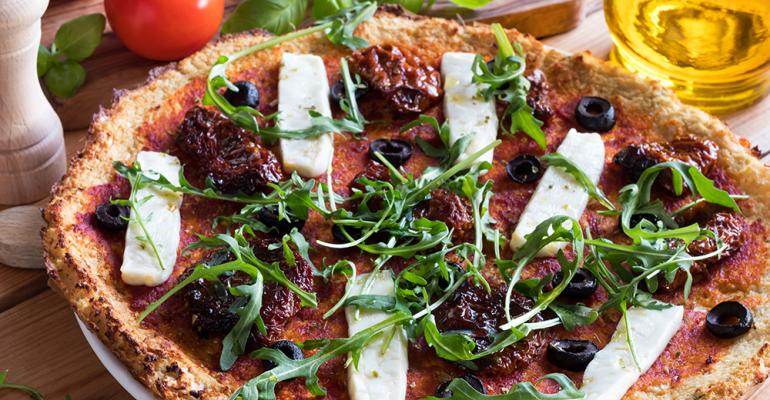 Madeleine_Steinbach/iStock/Getty Images Plus
Gluten-free pizza — or is it?
News & Trends

This and more are the things you missed for the week of Oct. 15

1. One-third of ‘gluten-free’ dishes not so, study finds

A recent study found that nearly one in three dishes at restaurants described as gluten-free were in fact not. For the study, diners visited restaurants and used portable gluten detection devices. They ordered dishes that were labeled “gluten-free” and used the devices to check for the protein. Thirty-two percent of the dishes tested were found to contain gluten. More than 800 people were used as testers and 5,600 dishes were looked at. The biggest offenders were pizza and pasta dishes, and dishes at dinner were more likely to contain gluten than those served at breakfast.

A proposed state law in West Virginia would make share tables at schools mandatory. These tables are places where students can drop off extra food that is either packaged or whole, and which other students can then take free of charge. The state says the use of such share tables would help reduce waste and childhood hunger. The food to be shared at the tables must come from the cafeteria and must meet federal, state and local food safety guidelines.

3. A look back at the Harvard dining strike

This is a great article about the dining strike at Harvard University, which saw dining services workers walk out for 22 days. During the strike, several dining locations had to close due to lack of workers and the food offered to students was altered to cope with the worker shortage. The negotiations resulted in an increase in pay and the university paying the workers’ insurance copayment.

4. Italy backtracks on school lunch change
Italy’s interior minister has been forced to drop support for a policy that opponents said would force immigrants to pay more for school meals. The policy required parents to declare their assets in both Italy and in their countries of origin, something that critics said would be nearly impossible for immigrants to do. As a result, those families would then be forced to pay the highest rate for their school meals.

5. A look at a ‘dining crasher’
We’ve written about food insecurity at colleges a lot in the past year. Assuming this article is true, it’s a scary look at how one college student got by on free food for a week. The first-person article details how the author went in search of free food, crashing club meetings that advertised free pizza and attempting to sign up to donate blood in exchange for the snacks being offered to donors.

Read more: Dining crasher: How I ate for free on campus for a week