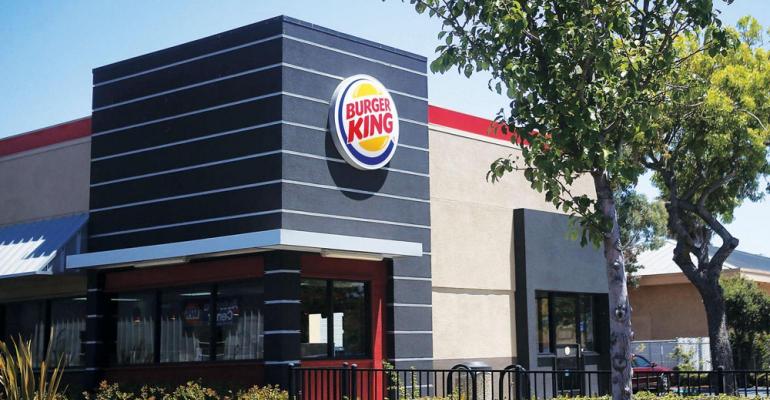 Healthcare facilities have been closing down outlets of broad-market fast food chains like Burger King and McDonald’s in recent years, arguing that the “unhealthy” profile of the chains’ menus undercuts the institutions’ health-promoting messaging.
News & Trends

This and two major universities resuming in-person dining after temporary COVID-forced shutdowns are some of the stories you may have missed recently.

A protest led by physicians has led to University Hospital in Newark, N.J., closing down its longtime Burger King outlet. Healthcare facilities have been closing down outlets of broad-market fast food chains like Burger King and McDonald’s in recent years, arguing that the “unhealthy” profile of the chains’ menus undercuts the institutions’ health-promoting messaging. Some 31 hospitals across the country still retain such outlets, according to the www.MakeHospitalsHealthy.org website.

A pair of Massachusetts state lawmakers have introduced a bill in the state legislature to make school meals free for every student beginning in July 2022, permanently expanding the universal free meal program put in place temporarily by the federal government in response to the COVID-19 pandemic. Massachusetts follows California, which recently had similar legislation introduced in its state legislature, possibly signaling a state-level trend that could force the federal government to consider similar legislation.

Mobile ordering seems to have gotten off to a rocky start in Major League Baseball ballparks, with long lines for pickup of remote orders reported at several venues, including Wrigley Field in Chicago, Petco Park in San Diego and Dodger Stadium in Los Angeles, where the system was shut down for safety reasons on opening day. On the bright side, the service seems to generate increased sales, with Oakland A’s team president Dave Kaval noting that “the per cap we’re seeing is almost 40% higher for mobile ordering, which is positive from a business perspective.”

The expanding automation of the foodservice industry took another step forward with the debut of robotic pizza deliveries to customers in Houston from restaurant chain Domino’s. The delivery robots are from vendor Nuro, which has already deployed them in Houston to make grocery and pharmacy deliveries. The news follows reports of another automated prepared food delivery service—to an office complex from a nearby retail center in Alabama—reported in 5 Things last week, Robot-based food delivery has already been a growing phenomenon on college campuses, but these recent development indicate the trend may be expanding into the larger culture, which could in turn produce economies of scale that could make the technology more affordable for more users.

Bonus: 25 amazing pasta dishes from food service chefs who are envisioning the shape of pasta to come