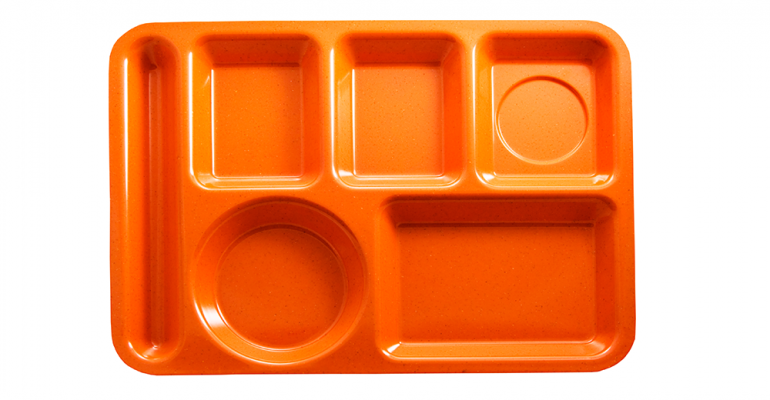 This and more are the things you missed for the week of Sept. 9

The meal debt monster struck again recently when a student reportedly had his school cafeteria lunch taken away from him on his birthday because he had $9 in unpaid debt on his meal account. The incident occurred at Green Primary School in Uniontown, Ohio, on Aug. 30 when Jefferson Sharpnack, who turned nine that day, had his lunch of cheesy breadsticks removed without a word by a staffer who swapped it for cheese and bread, supposedly per district policy governing unpaid meal debts. The district, in a statement, said the policy only kicks in when debt reaches $15. Sharpnack’s grandmother, who has temporary custody of him and his siblings, told local TV station WJW that she had enrolled them in the Green Local Schools’ free and reduced lunch program but the paperwork had yet to be finalized. The district says it will adjust its meal debt policy in response to the outcry over this incident.

A couple of dozen students at the University of Vermont (UVM) are beta testing a mobile credentialing system that uses Apple devices like iPhones and Apple watches to conduct transactions such as purchasing food and beverages from campus dining locations. The test is a result of a recent agreement between Apple and POS system vendor CBORD under which CBORD will support mobile student IDs on Apple devices at six CBORD partnering universities (the others are Clemson, the University of San Francisco, the University of Tennessee-Knoxville, the Massachusetts Institute of Technology and the University of Kentucky). The mobile credential initiative at UVM will give students the option to use their mobile devices rather than the traditional plastic ID cards to conduct transactions at some 3,000 readers across campus encompassing not just dining but also copying/printing and accessing buildings. University officials expect the system to have completed the testing phase and be widely available to members of the UVM campus community in October.

Ohio State University Dining Services, which had deployed a popular food truck called Thyme & Change for the past several years, will later this month be debuting a companion vehicle called Thyme & Change 2.0 that has one significant difference from the original—its menu is entirely vegan. It will park directly beside its predecessor outside the Baker Systems Engineering Building and will serve a similar menu, except with 100% plant-based ingredients. The menu will rotate daily and will feature options such as Indian-inspired rice bowls, wraps with optional imitation chicken and breakfast sandwiches with egg and cheese substitutes. Each menu item will be comparable in price to that of its meaty counterpart at the original Thyme & Change.

4. Skynet will now take your order…

Skynet, the fictional artificial intelligence (AI) network that launched the robot takeover of Earth in the Terminator movies, is now poised to control your Happy Meal order. Well, not really, but the age of AI-based restaurant service may have drawn closer with the announcement that QSR giant McDonald’s has agreed to acquire Apprente, a Silicon Valley company that uses AI to understand drive-thru orders. It’s just the latest move in the growing automation of foodservice, where competitive pressures to increase service levels and reduce labor costs are driving everything from remote ordering and robotic delivery to making burgers and dishing out frozen yogurt.

Apprente’s employees will be the founding members of a group called McD Tech Labs, to be housed within McDonald’s global technology team as the chain seeks to grow its presence in Silicon Valley by hiring more tech experts, including engineers and data scientists.

Jeremy Jacobs, who has owned and headed major concessions firm Delaware North for 50 years since taking over from his father, the company’s founder, has transferred ownership and day-to-day control to his six children. He had relinquished the title of CEO four years ago to sons Jeremy Jr. and Louis, who are now co-CEOs, but retained ownership and substantial authority over operations. Jacobs has also owned the Boston Bruins NHL franchise since 1975 and is also relinquishing ownership over that operation.