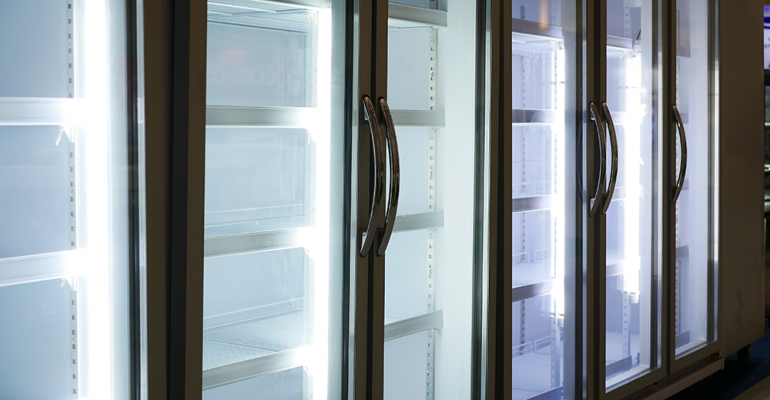 5 things: Schools ‘run out of food’ during contract transition

This and more are the things you missed for the week of September 16.

Students are posting rather disturbing photos on a student-created Instagram account of meals supposedly served at Bentley University in Massachusetts that include portions of raw meat and objects such as a small metal rod and wax paper found in the food. The account has over 700 followers and nine posts.

“The photos that have surfaced are unacceptable and we have addressed them with the company that manages our on-campus food services,” said Andrew Shepardson, vice president of student affairs and dean of students, in a statement responding to the accusations.

Four individuals allegedly broke into a motel room and stole over $200,000 in payroll for prepared meals firm Elior Preferred Meals. “I opened the door and the four guys with firearms pushed me and put me down on the floor, told me not to move or he was going to shoot,” said Danny Sing, identified as the person responsible for paying some 250 employees at the Elior Preferred Meals facility in Moosic, Pa. The company manufactures fresh and frozen meals for the K-12 and senior dining markets.

Some schools in the South Bend School District in Indiana experienced a “food shortage” shortly after the district school board voted to switch foodservice providers, according to some parents. One said his son was told the school “ran out of food” and was only given a “small handful of tortilla chips” as his lunch. Chartwells is slated to take over operation of South Bend’s school meal program in October and the district is self-operating it until then. Some parents questioned if the transition caused the shortages, but spokeswoman Susan Guibert said the district doesn’t think that’s the case. “This was caused by a problem with our internal processes, and [Superintendent Todd Cummings] plans to adjust those processes so this does not happen again,” she said.

4. A spot of tea at Princeton

Princeton students and staff, get your pinkies ready! Earlier this month, the Princeton University Library and Princeton Campus Dining opened the doors to the Tiger Tea Room on the first floor of the Firestone Library. The venue will not only serve coffee, tea and assorted bakery items, but will also hold a traditional afternoon tea twice a week, complete with personal pots of tea, tiered trays of tea sandwiches (egg and cucumber), fruit tarts, butter cookies and scones, all accompanied by jam and clotted cream. Available by reservation to Princeton students, faculty and staff at $15 a person, the afternoon tea service will be held Tuesdays and Thursdays from 2 to 4 p.m., with seatings on the hour.

Two major sports concessions deals were announced last Thursday. In one, Delaware North and Major League Baseball’s Texas Rangers announced that they have agreed to a long-term food, beverage and retail contract for the Rangers’ future home, Globe Life Field, in Arlington, Texas, near Dallas. On the same day, Levy announced it has reached agreement to become the food and beverage partner of the NFL’s soon-to-be Las Vegas Raiders when the now-Oakland Raiders move into their new home at 65,000-seat Allegiant Stadium in Las Vegas next fall.

Besides the Raiders, the fully enclosed and climate controlled Allegiant Stadium will host events such as the Pac-12 Championship Game and Las Vegas Bowl, concerts, as well as be the future home of University of Nevada-Las Vegas football.

Meanwhile, the new 1.7-million square foot, retractable-roof Globe Life Field is scheduled to open next March with a seating capacity of around 40,300, and Delaware North will provide a full breadth of services in concessions, suites, catering and premium areas, as well as retail management. The contract extends a partnership that began in 1994, when Globe Life Park in Arlington (then The Ballpark in Arlington), the current home of the Rangers, first opened.