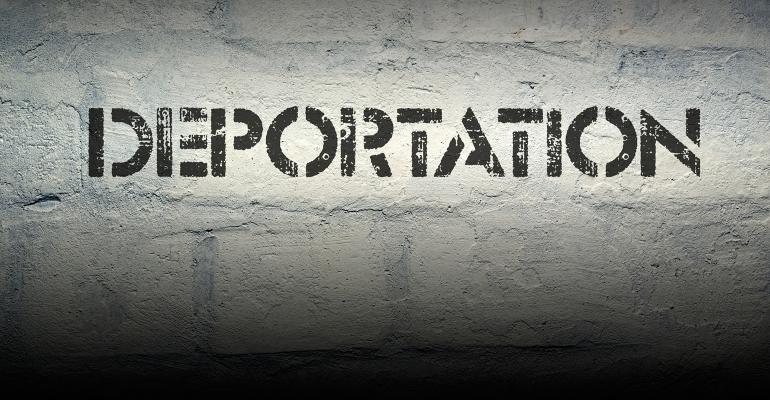 5 things: Some fear signing up for free/reduced school meals due to deportation

This and more are the things you missed for the week of March 27.

1. Some fear signing up for free/reduced school meals due to deportation

One district in Connecticut says it has heard from hundreds of parents concerned that signing up for free or reduced priced meals might lead to their deportation. The parents worried that by filling out the application for federally subsidized meals, that information would be given to authorities, which might lead to their deportation. Several district workers have heard from undocumented immigrants about their concerns—one district said as many as 10 parents intended to unenroll in the program. The district says the students often are U.S. citizens, but the parents are not. Some choose to stay on the program after learning the school meal application is not used for information regarding deportation, but the district says the fear has deterred some from enrolling their children.

A study has found that doctors and nurses in UK hospitals eat better than the patients in those hospitals. The study found that 77 percent of doctors and nurses receive meals that are made fresh, while one in five patients received the same fresh food (the rest ate reheated meals). The survey also found that half of hospitals do not meet the Hospital Food Standards, a set of five regulations set forth by the NHS Standard Contract for hospitals covering standards for nutrition, hydration, animal welfare and sustainability. The study also found that 20 percent of hospitals do not provide patients with a hot meal if they miss mealtimes.

Farm-to-school efforts have exploded over the past decade, as schools use them for educational and health purposes. But for some South Carolina schools, that’s gotten more difficult following a freeze that affected the amount of crop harvested—a freeze earlier this month killed 80% of the state’s peach crop and 70% of Georgia’s blueberry crop.

Marywood University has approved Commuter Thursdays, which allow commuters to eat in the dining hall for discounted prices. A regular lunch or dinner (which includes the all-you-can-eat buffet) is $15, but on Commuter Thursdays, the price is $7.50. So far, dining services says about 10 percent of the daily door count (30 to 40 people) have taken advantage of the program. Dining services hopes that by seeing what the dining hall has to offer, more commuter students will purchase a meal plan.

All too often school meal programs are under fire because of a photo a child takes of his/her school meal. That’s again the case this week, following a photo of a meal showing what the student described as “chicken nuggets in a hot dog bun.” To be fair, the photo wasn’t that appealing—they never are. But the school in question fought back, saying the student didn’t actually get the full menu item, which was a chicken po’boy (popcorn chicken on a bun with housemade remoulade sauce, lettuce and tomato). The student declined the sauce and garnishes, an offer versus serve option, and hence his meal looked less than complete. The district did a great job of explaining this to local media and families. But it raises a new issue for school meal programs in an age in which everyone has a camera on their phones. The two photos—the one of the student’s lunch vs. the tray of all meal components offered that day—were vastly different.

Read more: This School Lunch Photo Has Stirred Up An Important Discussion About Cafeteria Food