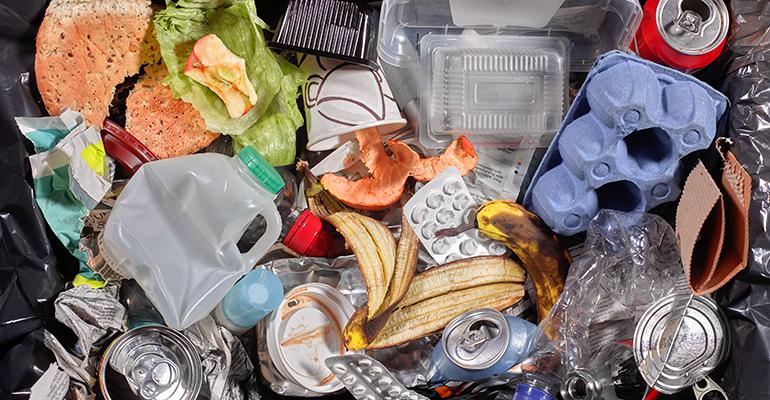 Getty Images
Here are the 5 things you need to know this week.
News & Trends

This and Oberlin College looking to outsource college dining operations are among the things you missed for the week of February 17.

In order to cut costs, Oberlin College in Ohio has announced that it will be outsourcing more than 100 jobs currently held by unionized workers. In a letter posted Feb. 18 on the college's website, President Carmen Twillie Ambar said the college is hoping to save $2 million in salary and benefits by "formally considering contracting with outside vendors for dining and custodial services currently provided by college employees."

An estimated 52 full-time dining employees and 56 full-time custodial employees would be affected, she wrote, with the timeline for the steps the college is taking being this summer.

The affected employees are represented by the United Auto Workers. Ambar said the step the college is taking "is permitted under our UAW contract, and we will begin collective bargaining with the UAW in coming weeks to determine how best to move forward." The current contract between UAW and Oberlin expires Sept. 30.

Read more: Oberlin College to lay off more than 100 in custodial, dining services

Much more food is wasted worldwide than commonly thought because previous estimates didn’t consider the effects of rising affluence, a new study claims. The study, led by Monika van den Bos Verma of Wageningen University & Research in The Netherlands and published earlier this month in the journal PLoS One, investigated if and how consumer wealth (affluence) may affect food waste by creating a dataset that provides estimates of global and country-by-country waste.

It found that once consumer spending reaches about $6.70 a day per person, waste grows, initially increasing quickly with rising wealth, and then at much slower rates at higher levels of wealth.

If true, it would mean that the generally accepted estimate of global food waste from the Food and Agriculture Organization of the United Nations (FAO) that one-third of all food available for human consumption is wasted may be way too low. The FAO had estimated food waste to be 214 Kcal/day per person in 2015, but the new model puts the number at 527 Kcal/day per person in that year.

Read more: Twice as much food is wasted than experts thought

The Department of Veteran Affairs is experimenting with the keto diet to treat diabetic patients, partnering with a company called Virta Health to provide free treatments to 400 veterans. The treatment is based on research showing that low-carb diets can prevent spikes in blood sugar, effectively "reversing" the symptoms of diabetes.

Critics are concerned the high fat content of the keto diet could have potential health risks in the long-term for veterans, including raising cholesterol levels and reducing other nutrients.

The VA/Virta partnership, first announced in May 2019, has enrolled 400 veterans into Virta's program, which includes personalized nutrition plans and online access to health coaches and physicians.

So far, the results have been promising, according to the company's data. A pilot program with the VA found that half of the participating veterans achieved blood sugar levels below the threshold for diabetes after three months on Virta's program. And the treatment successfully reduced medications, including insulin, by 53% across the entire group.

Read more: The US government is testing the keto diet to treat veterans' diabetes. Critics say it could have long term health risks.

The cafeteria in Indian Creek Elementary School in Trafalgar, Ind., closed since 2016 along with the school, is back in business—as a commercial restaurant called the Southern Comfort Cafe.

The eatery is owned and operated by a local chef named James Lochard, who closed his previous location nearby to open this new venue in the former school. He purchased not just the cafeteria but also the entire school building, where his family, including his five children now live.

"It was a huge undertaking,” said Lochard. “A lot of people told me I was nuts or crazy or thought it was just a rumor because it's a small town."

With 67,000 square feet, he envisions offices, retail shops, perhaps a daycare center and party rental rooms in the structure. The gym is now an event center with the old school office next door serving as the concession stand.

Guest Services, an FM Top 50 contract management firm that specializes in offering dining and other support services to multiple client segments, has sold its Lancaster Foods unit to produce processor/distributor Coastal Cos.

Founded in 1986, Lancaster markets produce, organics, fresh-cut and retail-ready fruits and vegetables to retail and wholesale customers. It operates a 220,000-square-foot state-of-the-art distribution and processing center and a fleet of over 100 company-owned vehicles that run daily along the East Coast.

Bonus: Minnesota’s executive chef on developing menus, chasing trends and giving the culinary team its due