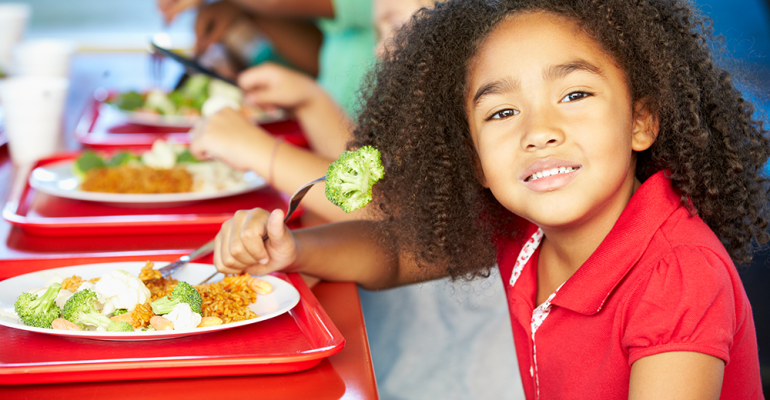 Read more: A look at the benefits of universal school meals

Tech giant Google’s employees recently sent letters to three firms that provide contact workers to the company, asking them to end mandatory arbitration, which forces workers, as a condition of employment, to give up their right to sue in court over disputes and instead resolve them in negotiations. That practice, critics say, typically favors employers over employees. One of the companies to which the letter was sent was Bon Appetit, which manages foodservice at some of Google’s locations. The other two, Adecco and CDI, provide staffing for other types of services. In other Google news, The New York Times and Forbes reported this week that Google hired more contact and temporary employees (121,000) than full-time workers (102,000) globally.

The New York State Senate passed a bill this week that would require hospitals to offer patient meals and snacks that are plant-based and contain no animal products or by-products. The bill also requires hospital nutrition departments to list those plant-based options on all written menus and materials. New York isn’t the first state to craft legislation for plant-based meals in hospitals; California passed a similar bill last year. New York’s bill now goes to an Assembly vote.

Students in West Virginia are growing watermelons for which they have worked out a contract that will have the local school districts purchase them for use in their school meal programs. The program, run by Sprouting Farms, hopes to teach students about food and how it’s grown, in addition to getting them some hard-earned cash.

5. The continuing story of lunch “shaming”

Another day, another school lunch “shaming” incident. This time, a mother says her son was embarrassed when a cafeteria worker allegedly threw away his tray when he didn’t have enough money to cover the meal. The student reportedly only had 20 cents in his account, something the mother said she was unaware of.

Read more: Student says he was humiliated by cafeteria worker

Bonus: Getting a food hall education