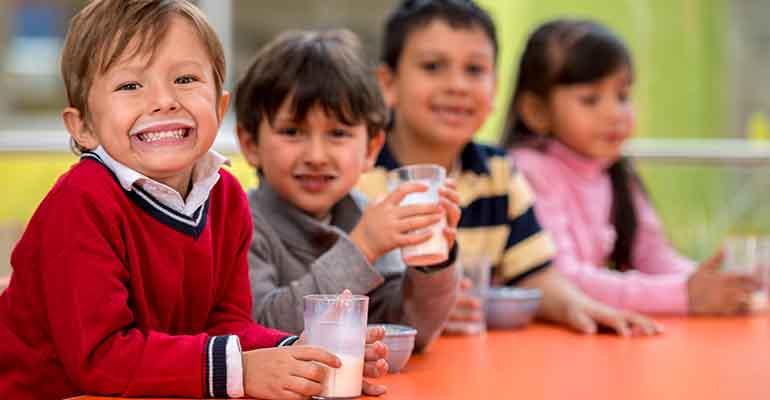 This and a pilot program that will study whether a wearable device that monitors eating habits can help users lose weight are the things you missed for the week of January 6.

Researchers at the Miriam Hospital in Providence, R.I., are launching a pilot program to determine whether a Health Automatic Ingestion Monitor (AIM) device can help users lose weight. Developed at the University of Alabama, the device attaches to a user’s eyeglasses and monitors eating habits, including what kinds of foods are eaten, how much, how often and how fast.

“Ultimately, we hope that it will be a tool for patients to use to improve their eating habits,” says Graham Thomas, Ph.D, a behavioral scientist at the Providence-based hospital’s Weight Control and Diabetes Research Center and an associate professor of psychology and human behavior at Brown University. “The information that the AIM collects could be shared with care providers to help them evaluate their progress towards goals for diet and eating and identify problematic eating behaviors.”

Funded by a $2.5 million grant from the National Institutes of Health, the clinical trial aims to test whether telemedicine technology can help care providers remotely monitor the eating habits of patients dealing with weight issues. Armed with that data, providers could conceivably improve care management for a wide range of chronic issues, including obesity, diabetes, heart disease, high blood pressure and even behavioral health concerns.

Children who drink whole milk have a lower risk of being overweight or obese, according to a study recently published in the American Journal of Clinical Nutrition by researchers from St. Michael's Hospital of Unity Health Toronto. Based on analysis of data from 28 studies, they concluded that whole milk-drinking kids were 40% less likely to have an unhealthy weight than their peers who consumed reduced-fat or skim milk.

The research reviewed data from selected studies that evaluated the relationship between consumption of cow's milk and body weight. Taken together, the studies included nearly 21,000 children, adolescents and teens. Notably, the researchers conclude, none of the included studies found that kids who drank reduced-fat milk had a lower risk of being overweight or obese and 18 of the 28 suggested children who drank whole milk were less likely to be overweight or obese.

The Santa Clarita Valley Food Services Agency (SCVFSA), which supplies food to four elementary school districts in the Santa Clarita Valley serving some 24,000 students, has named Robert Lewis, former director of nutrition services for the El Monte City Schools and FM’s 2015 K-12 Innovator of the Year, as its CEO. Lewis succeeds Lynnelle Grumbles as head of the ground-breaking cooperative venture.

Lewis’ career began in 1990 as the food services operations coordinator for the Simi Valley USD. In 1998, he became director of food services for the Monrovia Unified School District before joining El Monte in 2009.

Lewis says a large part of his focus will be to continue the healthy eating practices that Grumbles had worked on during her time at the helm.

“I want to continue what she was doing,” he said. “She did a wonderful job and when she retired and it was a natural fit…it’s really a great challenge because this is very unique to serve four school districts instead of one.”

City officials in Bangor, Maine, are considering removing the exemption hospitals enjoy from a citywide ban on the sale of food and beverages in polystyrene foam containers that took effect on Jan. 1. The exemption exists because a similar statewide ban on polystyrene will also exempt hospitals when it takes effect next year.

However, during a recent meeting, some city councilors said they don’t see a need for the exemption and would like to remove it. Councilor Dan Tremble, who proposed the change, also said that he will push legislators to eliminate the exemption in the statewide polystyrene ban before it takes effect next Jan. 1.

Representatives from Bangor’s two hospitals, Northern Light Eastern Maine Medical Center and St. Joseph Hospital, said they were not immediately able to comment on any changes that the city is considering making to its polystyrene ban.

A new Michigan State University student government resolution hopes to implement trayless dining by fall 2020. In an attempt to make dining at MSU more eco-friendly, trays in dining halls will not be an available option unless specifically requested once entering the cafeteria under the proposal. According to the Associated Students of Michigan State University’s Bill 56-30, doing away with trays will decrease food waste, energy waste, and water usage. The bill states that “MSU prides itself on sustainability,” but lacks this “key policy.” The bill further aims to help shape student diets, stating “reducing tray usage would improve the health of students by encouraging conscious portion sizes.”

Bonus: One on One With: Talking 2020 food trends