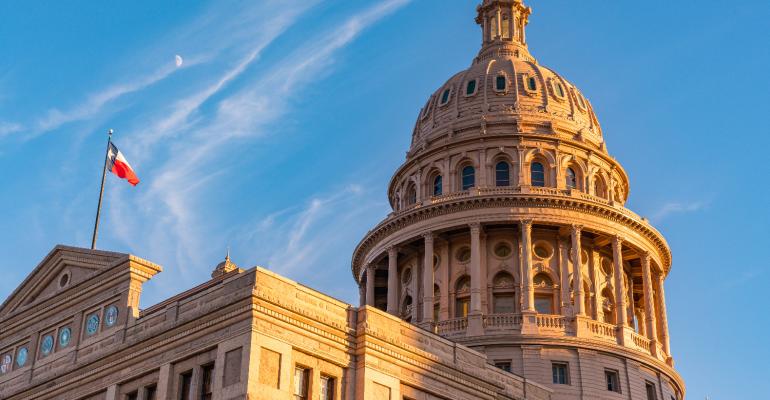 pabradyphoto / iStock / Getty Images Plus
A newly filed bill in the Texas State House would ban debt accrued from school lunches for students in the state and allow students to receive regular lunches despite what their meal card balance may be.
News & Trends

This and a sharp spring college enrollment decline are some of the stories you may have missed recently.

A newly filed bill in the Texas State House would ban debt accrued from school lunches for students in the state and allow students to receive regular lunches despite what their meal card balance may be. Currently, USDA regulations allow school districts to decide how to manage unpaid meal balances with alternatives such as limiting numbers of charges allowed and providing lower-cost, typically cold, alternative meals, an option that has been criticized as “lunch shaming” and which has been banned by a number of other states.

Related: One On One: Seattle Public Schools builds menus tailored to students and the learning experience

Spring undergraduate enrollment fell 5.9% compared to this time last year, the largest drop since the COVID-19 pandemic began, according to the latest data from the National Student Clearinghouse Research Center. Community colleges were particularly hard hit, with a double-digit enrollment decrease of 11.3%, down from 9.5% in fall 2020. The data include 12.6 million students and incorporate 76% of higher education institutions.

What are the prospects for a mass return to offices—and the dining services offered there—following the COVID-19 pandemic’s impact on remote work practices? The Survey of Working Arrangements & Attitudes, which reports 11 months of survey data on more than 30,000 Americans’ shifting arrangements with their employers, found that workers whose jobs don’t explicitly require their presence at the office really want to be able to work remotely at least some of the time and most would take a pay cut to do so. Among other findings: Women are almost 10 percentage points more likely than men to say they want to work from home full time.

Read more: Most Americans Would Take a Pay Cut to Keep Working From Home

A major commitment to include parents in designing its services and facilities through a Family Advisory Board has led the Children’s Mercy Kansas City pediatric medical center to incorporate Advisory Board suggestions in its new cafeteria, slated to open later this year. They include eliminating rows of tables set side by side with each other “like airport seating” and instead “turning and repositioning them so that you may know someone is near you but you didn’t have them in your eyesight,” notes one parent, an architect and corporate design expert who provided expert input on the eatery’s design. Another feature prompted by Advisory Board input is providing the opportunity for parents to order coffee or a meal electronically from a computer in the child’s room or through a mobile app and then pick it up quickly so they can get right back to their child rather than having to wait in a long line to choose items and then pay.

The Disneyland Resort in Southern California reopened last week with its latest project, the new Avengers Campus, themed to the company’s Avengers superhero franchise. Amidst the attractions and rides are several themed dining options, including a second location of New York’s Shawarma Palace, featured in the 2012 movie “The Avengers”; Taneleer Tivan, a food cart that serves sweets like the Cosmic Cream Orb, a colorful dessert inspired by the Infinity Stones from the movie “Guardians of the Galaxy”; and Pym Test Kitchen, a food innovation science lab where the food and drinks come in mini and giant versions, mimicking the growing and shrinking powers of Ant Man and The Wasp.