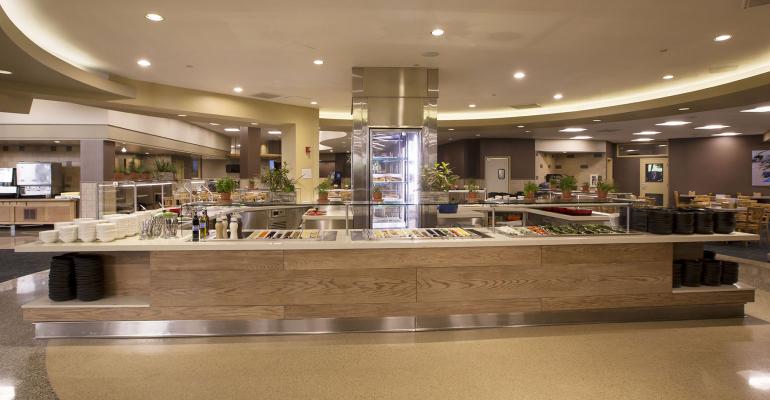 This and more are the things you missed for the week of Sept. 18.

For the second year in a row, UCLA was named as having the best college food in America, according to Niche.com. The ranking is based on meal plan costs and student reviews, with Niche saying that those top-ranked college dining programs provide easily accessible healthy food across a wide range of cuisines and dietary preferences. Virginia Tech, The Culinary Institute of America (Hyde Park, N.Y.), Bates College and Bowdoin College round out the top five.

When you’re the nation’s largest school meal provider—heck, maybe even restaurant—you’re bound to have a few slip-ups. But some in NYC are questioning why the same type of food quality issues keep popping up. In the past year, there have been complaints, with photographic evidence, of bones and metal in chicken and blue pizza (the company said the product wasn’t moldy but rather a discoloration and it was safe to eat). Now, just days into the new school year another piece of metal was found in the popcorn chicken and five students at one Brooklyn school reported being sick after eating sandwiches at school. District administrators quickly stopped distribution of the popcorn chicken and said that “there are no indications the symptoms [of the five sickened children] were the result of food eaten during lunch.”

Dining hall theft is a challenge for many college operators, and not because students actually think they are stealing. They might take some extra milk home with them or, in a case I witnessed firsthand, they might fill up an entire bag with cereal to take back to their dorm rooms because they paid for a meal plan and it’s all you care to eat, so why can’t I take extra with me? Students also will often take utensils, something UConn is hoping to cut back on with care packings for first-year students that it is considering starting. The care package would include disposable utensils.

4. Florida students get free meals following IRMA
It’s been a rough few weeks, weather-wise, and following the precedent it set after Harvey devastated Houston, the USDA is allowing many Florida districts to serve all meals for free to all students. Students in 48 districts, including Tampa, will receive those free meals until Oct. 20, and districts will also have added flexibility in meeting nutrition requirements for school meals.

5.  Penn reduces cost of commuter meal plans
The University of Pennsylvania is reducing the cost of its off-campus meal plans, saying students can eat more cheaply off campus than on campus. Through last year, the Students Registration & Financial Services (SRFS) department estimated that the cost of meals for students, whether they live on or off campus, would be the same amount. It was $5,086 during the 2016-2017 school year. However, the department has now conceded that students could eat more cheaply off campus by purchasing their own groceries and making their own meals. Consequently, the off-campus meal plan has been reduced by $600 starting in the fall semester. This certainly brings up a point that’s been raised more frequently as of late: How much is too much to pay for a college meal plan, and are college dining programs becoming too good?

Read more: Students think eating off campus costs less than it does on campus. Penn agrees.