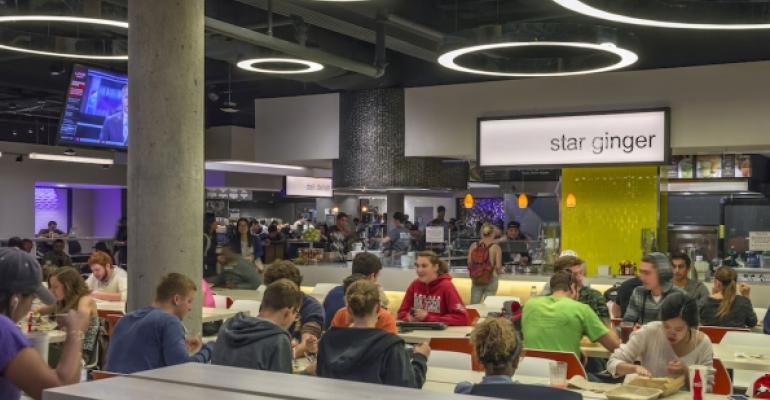 This and more are the things you missed for the week of May 9.

1. Is UMass’ dining program too good?
The University of Massachusetts at Amherst is known for being a top-notch college dining program. But not everyone is happy about the university’s food success. According to an article by WWLP.com, local restaurants in the area aren’t happy that the college’s dining program is so popular among students that it takes away business from them. “Even our vendors who we work with, they get complaints from the restaurants that students are staying on campus,” one dining services member told the paper.
Read more: UMass dining drawing criticism for being too good

2. District increasing prices to cover cost of higher quality meals
Students at Hutchinson Public Schools in Minnesota will be paying more for meals next year. The increase is, in part, to help cover the cost of producing higher quality meals (the other part is to meet a USDA regulation that requires some schools to increase meal prices). The district has been adding healthier menu items and making more from scratch, which has increased the costs for the foodservice department. Ten cents will be added to meals next year to cover those costs.
Read more: School lunch prices will rise to pay for healthier menu

3. U of Chicago students stage hunger strike over selection of new contract management
Ten students at the University of Chicago staged a 24-hour hunger strike over the selection of Bon Appetit as the college’s new foodservice management company. The students are part of a campus organization called Fight for Just Food, which is protesting the selection and urging the university to not “do business with corporations that profit from prisons.” Bon Appetit has never provided foodservice for prisons but it’s parent company, Compass Group, does. Fight for Just Food would like the university to have a self-operated foodservice program.
Read more: U Of C Students Staging Hunger Strike Over University Food Provider Contract

4. Police engage with students protesting lunch money scandal in Brazil
Students in Sao Paulo have been occupying schools and other public buildings to protest what investigators are calling a scheme to divert money from the public school lunch programs, according to the LA Times. In response to the protest, police have begun to forcibly remove students, with some students reporting they were dragged from the buildings. The protest is over what local media are calling the “Lunch Money Mafia.” Investigators have found that the so-called Lunch Money Mafia has overpaid foodservice providers in exchange for bribes, causing schools to lose out on millions of dollars in funding for the school meals program. There is also evidence that students are missing meals and that some of the meals provided are lacking in quality or nutrition.
Read more: Brazilian police drag out students occupying schools to protest lunch money scandal

5. Teachers attack Detroit Public School’s meal program following strike
Teachers in the Detroit Public School District have held several “sick outs” in the past several months, forcing the closure of many of the district's schools—last week’s sick out closed all but three of the district’s 97 schools. (Teachers are protesting what they call deplorable teaching conditions and are asking for their voices to be heard among proposed changes to help the district’s debt problem. Some have said the sick outs were harming children who don’t receive meals while the schools are closed. Some teachers took offense to that claim and are starting a social media campaign attacking the food served in the schools. The teachers are posting unflattering photos of school meals with the hashtag #SeeItBelieveIt.
Read more: School Lunch Photos Reveal the Disturbing State of Detroit Public Schools