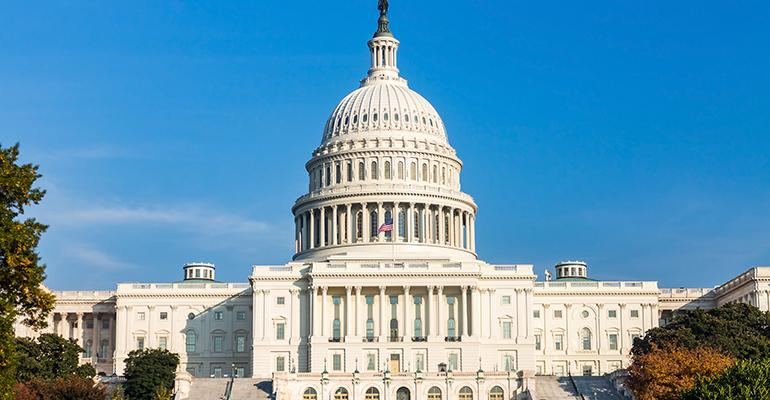 This and the passing away of University of Montana Director of Dining Campbell Howard are the things you missed for the week of December 16.

A bill to establish a Universal School Meals Program and thus make school breakfast, lunch and after-school snacks free for every public and nonprofit private school student regardless of family or community income has been introduced in Congress. Sponsored by Congresswoman Ilhan Omar (D-Minn.) and Sen. Bernie Sanders (D-Vt.), the bill also promises to address lunch debt, increase funding for school meals and improve summer and after-school feeding programs. Currently, universal school meals are only available through the Community Eligibility Provision (CEP) to schools where at least 40% of students are eligible for free meals under the National School Lunch Act.

Campbell "Camp" Howard, dining director at the University of Montana (UM) and a prominent member of the college dining community, passed away earlier this month. An email from Vice Provost for Student Success Sarah Swager said Howard "died suddenly" over the weekend of Dec. 6th. Howard took over UM's dining services as director in January 2017, overseeing the department's 25 campus food services locations, residential and retail dining, concessions, catering and the full-service bakery. Previously, he served as director of campus dining at Vanderbilt University. Howard’s family has asked donations in lieu of flowers be made to the National Park Foundation, according to Swager’s email.

The Green Bay Packers and concessions operator Delaware North offered free Kwik Trip branded hot chocolate as well as hot cider, limited to two per customer, at the team’s home game on Sunday, Dec. 15, against the Chicago Bears in Lambeau Field, where temperatures only reached a high of 17°F. The Packers won, 21-13, to clinch a spot in the upcoming NFL playoffs and give their fans something else to warm them.

Cross-contamination of chocolate chips and granola at the Chobani Café in Colgate University’s Case-Geyser Library caused anaphylactic symptoms in student McKella Sylvester, who is severely allergic to tree nuts, and sent her to Community Memorial Hospital’s Emergency Room in late October. Afterwards, Sylvester contacted Associate Vice President of Community Affairs and Auxiliary Services Joanne Borfitz to report the incident and request compensation for her Emergency Room visit. Borfitz notified Chartwells Resident District Manager Doug Pedrick, who set up a meeting with Sylvester to investigate the incident. Colgate ultimately paid for Sylvester’s ER bills and reimbursed her for her meal swipes.

After learning of the incident, Colgate Dining Services took a number of steps to ensure the safety of guests with nut allergies, according to Pedrick, including the reinforcement of employee training in regard to proper handling of allergen-containing ingredients, the removal of nuts from the serving line to the back of house and the adding of allergen identifications on the kiosks in the Café so guests can remove specific ingredients from menu offerings.

The NFL’s Tennessee Titans have fired Nissan Stadium’s food, beverage and concessions vendor Aramark on the heels of a court ruling denying the concessionaire’s breach of contract suit against the team. Aramark had alleged that the Titans, which had issued a 30-day notice of termination to Aramark on March 1, breached a 10-year contract by parting ways before the terms of the agreement ended in 2024 and asked for a temporary injunction to remain the sole concessionaire at Nissan Stadium. Davidson County Chancellor Bill Young denied that motion. Aramark’s final day at Nissan Stadium is April 13. It is unclear when the Titans will hire a new concessionaire.

“We respect the Titans organization and are proud of our food and beverage program that brought new menu offerings, innovative concepts and respected culinary partnerships to Nissan Stadium,” Aramark said in a statement. “While disappointed with this decision, we have enjoyed serving the fans and wish them and the team all the best.”

Bonus: From a hospital’s mini market to a Starbucks coffee kiosk, these are the top 10 healthcare foodservice stories of the year