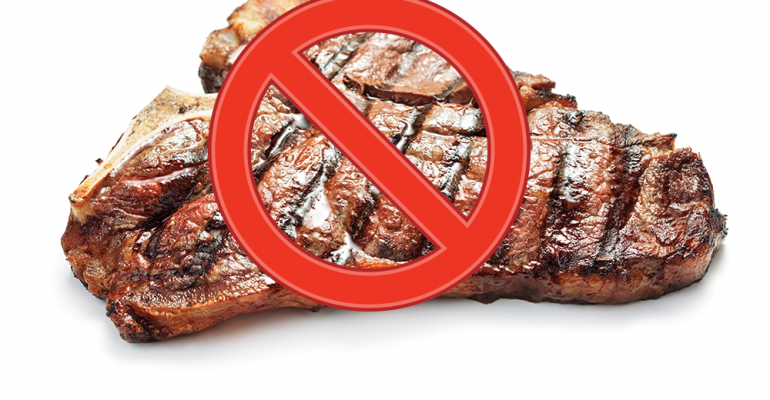 This and more are the things you missed for the week of August 12.

Goldsmiths, University of London, is removing all beef products from sale on its campus as part of an effort to become carbon-neutral by 2025. It will also charge a 10p (about 10 cents) levy on bottled water and single-use plastic cups, install more solar panels across its New Cross campus and switch to a 100% clean energy supplier as soon as possible. "The growing global call for organizations to take seriously their responsibilities for halting climate change is impossible to ignore,” said the college's new head, Prof Frances Corner, in justifying the moves.

‘Tis an ill wind that blows nobody good, says the old saying, and it may especially be true when it comes to the current trade dispute between the U.S. and China. Because the wrangle hits American farmers especially hard, the Trump Administration is trying to soften the blow by buying up some $1.2 billion in products from them, which it intends to then distribute to social and anti-poverty programs, including school nutrition programs, in the form of free commodities. While school nutrition’s slice of the bounty is tiny, the so-called “trade-mitigation” foods will nevertheless represent the majority of the $27 million allocated for school nutrition commodities this year.

A new study of the pathogen Clostridioides difficile, which strikes half a million Americans annually with symptoms like diarrhea, bellyache and fever, reveals that the microbe may be mutating and especially targeting hospital food. “[C. difficile is] primed to take advantage of modern healthcare practices and human diets,” said study co-author Dr. Nitin Kumar, a senior bioinformatician at the Wellcome Sanger Institute, in a statement. Not only is the burgeoning microbe resistant to antibiotics and disinfectants, but it craves sweets and carbs such as those found in typical hospital dining products like pudding cups and instant mashed potatoes.

Apple said it is expanding the number of participants in its contactless student ID program for iPhone and Apple Watch, with another 100,000 university students added from schools such as Georgetown University, Clemson University, the University of Kentucky and the University of San Francisco. Apple launched the student ID program last year to provide students with a digital tool they can use for everything from accessing school dorms to paying at a campus dining hall. Since the program launched, students have purchased more than 1.25 million meals using the contactless ID program.

OpenTable has published its list of the 25 best college towns for foodies in 2019. While the top 10 are fairly obvious (big cities like New York, Chicago, Los Angeles, etc.) and only “college towns’ in the sense that they have colleges within their city limits, the lower reaches contain some surprises, such as Cleveland (#18); Durham, N.C. (#21); Providence, R.I. (#22) and Charlottesville, Va. (#25).

Bonus: Grilling around the globe