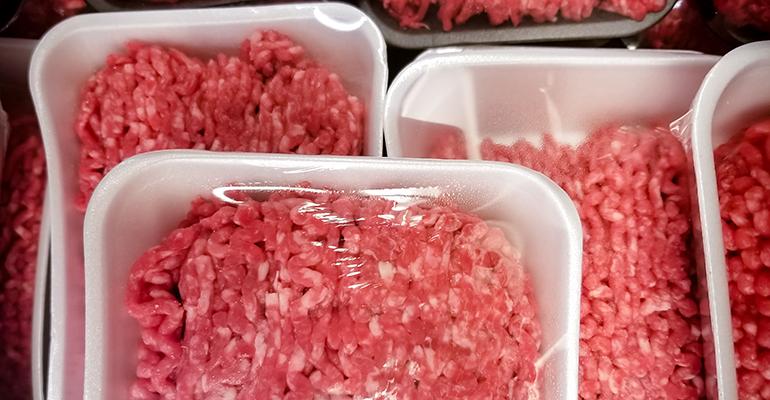 This and more are the things you missed for the week of October 21.

An online petition posted by the mother of two young schoolchildren in Michigan asking for more time for schoolkids to eat lunch has so far garnered more than 2,600 signatures from around the country. Angela Peters says her two sons, a kindergartener and a second-grader, claim they can’t finish their lunches in the time allotted by their schools and consequently are “hangry”—hungry and angry—when they get home. Following the reaction to her petition, she ended up networking with parents and others across the country who want the same thing. They are receiving support from, among other parties, the School Nutrition Association (SNA), whose spokeswoman, Diane Pratt-Heavner, remarked, "Kids are kids, and typically they go for their favorite item first, usually the center-of-the-plate item. They need to have enough time to not only eat that but to be able to try those fruits and vegetables."

Starting next February, the University of Helsinki (UH)—the oldest and largest university in Finland—will no longer serve beef for lunch. The school’s food provider UniCafe, which serves approximately a thousand lunches daily, made the decision to remove beef from the menu in a bid to fight the climate crisis and revealed that the move would reduce its carbon footprint by 11% annually. In making this move, UH follows the University of Coimbra in Portugal and the University of Cambridge and Goldsmiths College in Britain, which have all pledged to remove beef from on-campus dining facilities in recent months for environmental purposes.

Starting next fall, season ticket holders of the NFL’s San Francisco 49ers will receive an inclusive menu as part of their package deal. It will mean free and unlimited access to 15 of the most popular food and non-alcoholic beverage items available at the team’s games at Levi’s Stadium, including chicken tenders, beef and vegan hot dogs, regular and loaded nachos and Pepsi products. Concessions at Levi’s is handled by Levy.

San Francisco Unified School District is exploring a central kitchen-based structure that it hopes may solve its difficulties in serving school meals that students will eat. A newly upgraded kitchen at the district’s Academy-San Francisco at McAteer site, which is expected to serve about 2,800 students enrolled in early education programs throughout the city as well as high school students at McAteer and Ruth Asawa School for the Arts, is being seen as a possible model for such a central facility. The kitchen is “a sign of more to come in terms of scratch cooking and meal production instead of meal assembly,” SFUSD Deputy Superintendent Myong Leigh said at its unveiling. In recent years, the district has struggled with significant daily food waste by students dissatisfied with the current meal provider, Revolution Foods.

Read more: SFUSD going back to basics with school lunches made from scratch

There is a tradition at the University of Maryland that celebrates certain sports team coaches with their own flavor of ice cream, which is made by the campus dining staff using milk and cream from local cows. The concoctions are then sold at the Maryland Dairy station in the student union and at athletic event concessions. The coach-inspired variations began in 2004 with then-football coach Ralph Friedgen’s vanilla that included fudge, brownies and chocolate-covered cashews. It later spread to the men’s and women’s basketball coaches and the leaders of three of the most successful programs on campus: men’s soccer, field hockey and women’s lacrosse. Women’s basketball coach Brenda Frese’s flavor, which is packed with brownie bites and peanut butter cups, is currently the most popular of the coach creations, with men’s basketball coach Mark Turgeon’s vanilla with crushed almonds and a chocolate swirl not far behind.

Read more: A sweet perk for Maryland coaches: Ice cream made in their honor