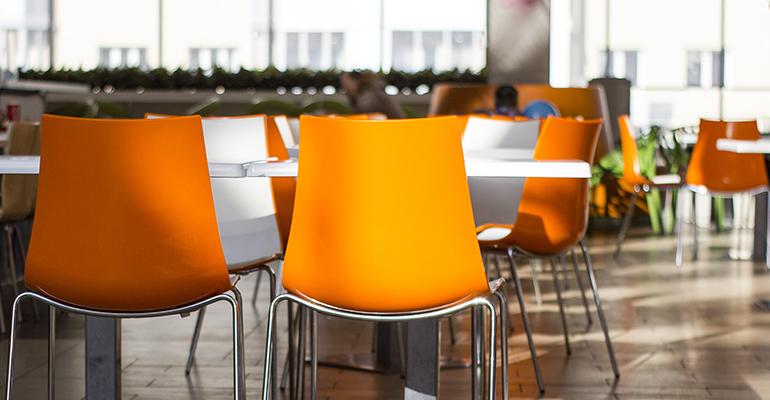 Getty Images
The University of Pennsylvania attempts to honor Black History Month with its dining program again and 4 other stories from this week.
News & Trends

This and San Francisco Unified School District extending its deal with Revolution Foods are among the things you missed for the week of February 10.

Last February, Penn Dining had called off the traditional Black History Month celebrations at its Falk Dining Commons after seeing backlash at other universities for serving stereotypical “black” food for Black History Month. One of the largest of those backlashes was at New York University, which led to an employee being fired and contract management company Aramark losing the contract.

The San Francisco Board of Education has voted to renew the San Francisco Unified School District’s contract with Revolution Foods another three to five years for $11.5 million annually. The company currently provides more than 30,000 meals a day on average to students at more than 130 K-12 schools across the city under a contract that would have ended in May if not for the renewal.

Last April, the board had declined to award Revolution Foods a full contract, citing dissatisfied students and wasted food, but reversed its decision the following month and approved a one-year renewal after staff argued that the abrupt cancellation could leave the district without a way to feed students over the summer and into the fall. The extension was intended to give the district more time to search for a better option.

Photos and videos on social media showcasing bugs baked in macaroni and cheese, mold on bread and other food-related concerns led to the temporary closing of the Student Union building and its food court at Savannah State University in Georgia. SSU officially closed the Student Union on Jan. 30 after multiple students expressed their concerns.

Major League Baseball’s Texas Rangers will be debuting its new Globe Life Field ballpark this season and to prepare, the team and concessionaire Delaware North held a fan Twitter vote last week on a new food item to add to Globe Life Field’s menu. The choices were brisket egg rolls (shredded brisket inside an egg roll wrapper, fried and served with barbecue sauce), Rangers Bomb (a mix of chopped brisket, cream cheese, jack cheese and jalapeños, fried and served with barbecue sauce and gravy) and the steak finger relleno (a steak finger and Jack cheese inside a poblano pepper, deep-fried and topped with queso, chili or ranchero sauce).

None of the three items, which are from recipes submitted last year by fans to Delaware North, had been sold at Rangers games before.

Read more: Which of these fried foods do you want to eat at a Texas Rangers baseball game? Vote