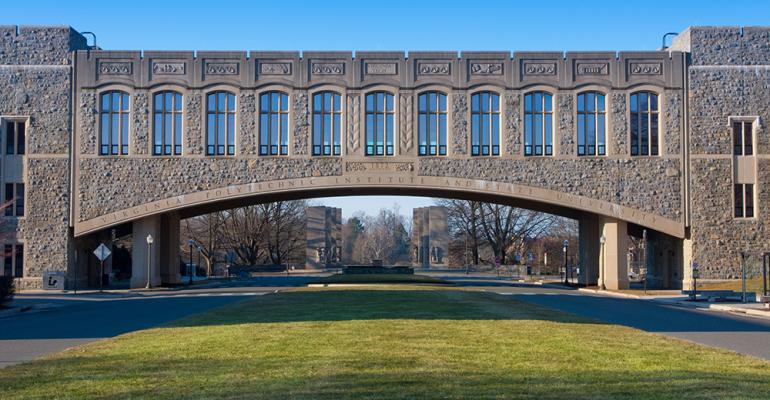 This and more are the things you missed for the week of Oct. 8

Virginia Tech has been named the college with the best campus food, per Niche.com. Rounding out the top five are UCLA, Bates College, UMass and Washington University in St. Louis. While the list includes many of the usual best-of suspects, a few new names were included, such as California Baptist University and St. John Fisher College. Niche.com’s list is based on meal plan costs and student reviews, with higher ranking programs providing easy access to healthy, quality food in a range of cuisines and dietary preferences.

Read more: 30 colleges with the best on-campus food in the US, according to students

Two-thirds of colleges offer vegan meals at all three dayparts, according to the 2018 Vegan Report Card from peta2, PETA’s youth division, which looked at 1,400 four-year universities. This is the first time the group has reported on the availability of vegan meals at breakfast. Among other notable findings are that 25 percent of colleges offer vegan desserts, and that the number of those with all-vegan dining stations dropped from 19 percent in 2017 to 15 percent in 2018 (the report suggests that more vegan options are being intermingled at multiple stations rather than being confined to a single one).

JeffCo Public Schools in Colorado is creating a 20-person taskforce to help the foodservice department look into areas such as providing more nutritious meals, meal preparation and the environmental impact of school meals. The taskforce will be made up of community members, parents, students and staff. While student nutrition councils aren’t a new idea, having a taskforce that also includes community members is an interesting innovation.

4. Michelin-starred chef moves to hospitals
This is an interesting story about the career progression of a Michelin-starred chef who has moved into hospitals and his work to transform their foodservice programs. While this chef is in Berlin in Germany, his is a similar story to ones we hear from chefs in the U.S. who make the move into healthcare. Some of the chef’s innovations have involved changing supply lines to include more local and environmentally conscious items. The chef says he’s been able to tap into his contacts from his restaurant days to supply items for the hospital.

Read more: For a German Chef, Hospital Food Is the Ultimate Challenge

5. A dive into school procurement issues
A while back I wrote about the pizza contract at Houston ISD coming under fire. This article takes a close look into the challenges posed by school food procurement and keeping a district’s foodservice program in the black. It’s written mainly from the point of view of foodservice advocate and writer Bettina Elias Siegal, who was the one who called out Houston’s newly hired Betti Wiggins on the Domino’s pizza contract. Siegal says Wiggins later told her this about the issue, according to Civil Eats: “This is a delicate balance act that we play. I’ve got to find a way to get incremental income. That’s a shame to say.”

Read more: What Domino’s Pizza in the Cafeteria Says About the State of School Food Reform