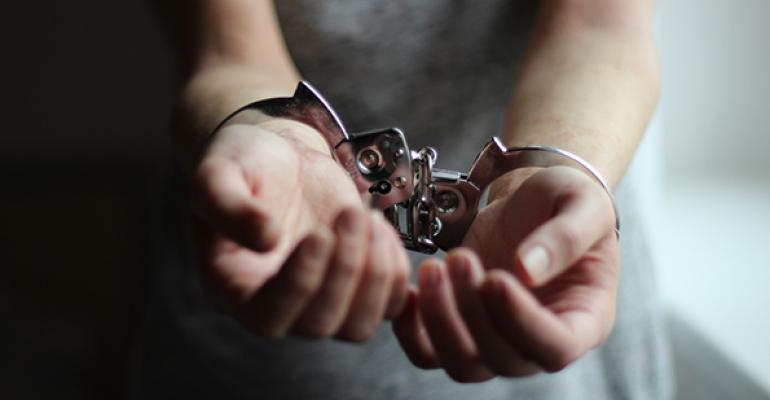 5 Things: When Tweets Go Wrong and Arrests Over To-go Plates

These and more are the things you missed for the week of March 30.

1.    Be careful what you tweet
Students at Memorial University in Canada were none too impressed with the way the college’s foodservice contractor, Aramark, responded to a tweet. Students had taken to social media to express their displeasure with dining services following the posting of a photo of a raw pork chop one student was served in a dining hall. A student-run campaign quickly followed. The university’s dining services account seemingly responded to the incident with a tweet that one follower called “passive aggressive, unprofessional and unbelievable.”

2.    Show me the veg
If you want to get your students to eat more vegetables, show it to them first, finds a new study. If you put veggies in the line first, before any of the other entrées or service items, kids were more likely to pick up that produce.

“Eating a vegetable first, or alone, is literally the easiest thing you can do and it has a huge effect. It sounds obvious, but it's not so obvious that everyone's doing it. Maybe they'll read the paper and do it, but it's not happening that way,” said the study’s researcher, Dr. Tracie Mann, in an article on kcet.org.

Read more: Getting Students to Eat Vegetables Is Surprisingly Simple

3.    Patient orders halal food, saying other options are “disgusting”
A UK patient says he was denied a halal meal because he was the wrong “ethnic religion,” according to an article in the Express. The patient says he had ordered and received the halal meal option before, stating that the halal and kosher options were good while the rest of the menu was “disgusting.” Now the patient is claiming discrimination.

Read more: 'This is discrimination' - Hospital patient refused halal meal as he is NOT Muslim

4.    Student arrest leads to protest in dining hall
A sit-in was staged this week after one student was arrested in a dining hall at Jackson State University, in Mississippi. The student got into a “scuffle” with a police officer after he was asked to leave the dining hall shortly after selecting his food. According to an article in WAPT News, the university stopped offering to-go plates this year, which led to the disagreement.

5.    Students/vendors get crafty to sneak in banned food
Don’t get in the way of a college student and his food. One university in China learned this the hard way. When the Heilongjiang University of Chinese Medicine banned food delivery vehicles from entering campus, the vendors decided if you can’t go in, go over and they started scaling walls to deliver the food to hungry students.

According to an article in the Shanghaiist, “The propaganda department for the university said that the ban is in the interest of student safety, protecting them from maniac scooter delivery guys as well as dangerously unhealthy delivery food. Instead, students are encouraged to enjoy the fine dining at the campus cafeteria.”

Bonus: Just in time for Passover, here’s a primer on what the meals mean and two recipes to help get you started.