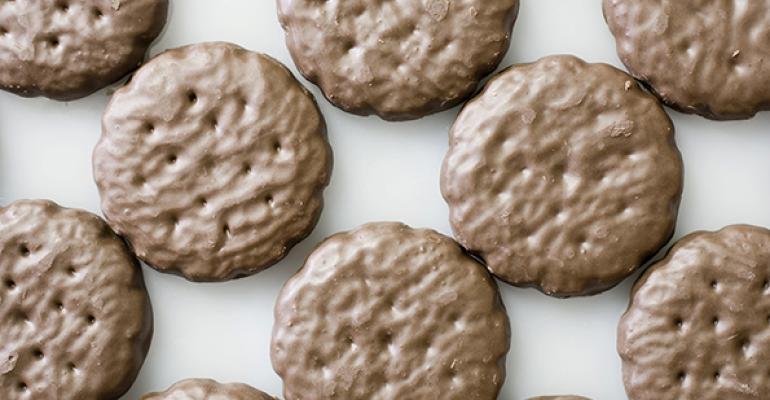 5 Things You Missed This Week

I spend a lot of time cruising the Internet for stories about noncommercial operators and the latest in food, technology and service. The major stuff you’ll find on our website relatively quickly. But there’s always more fodder than we can ever share with you—from the quirky to the downright absurd—so I’m starting a weekly column each Friday that will highlight five things you probably missed in the news this week and why you should care about them.

1. UNC dining services employee gets help from students
On Wednesday, Carolina Dining Services employee Deborah Paige was surprised with a $5,000 check, courtesy of the generosity of the campus community. Paige, who has worked for the department for nearly 40 years, has run into financial trouble of late (medical bills, in part, forced her to file for bankruptcy on her house last year, according to the Daily Tarheel). When Paige’s car, which she named Betsy, broke down late last year, Paige didn’t have the money to fix it. When two students found out about Paige’s plight, they secretly set up a GoFundMe page, and within two weeks had raised about $6,700.

Besides being a feel-good story, this is a perfect example of the important role noncommercial operators—from the director all the way down the line—play in the lives of those they serve. Just the fact that these two students developed a relationship with Paige demonstrates her commitment to customer service. It’s not just about serving food; it’s about creating that community.

Yes, the cookies are healthier. But the better-for-you sweets are hurting the district’s bottom line. First semester a la carte sales are down despite a 9 percent enrollment increase.

3. Girl Scouts and their cookies
No, not those cookies. But Girl Scouts will be getting a helping hand earning their cooking badge certifications, thanks to a new partnership with Ashland University, in Ohio. For five days in June, dining services will open up its facilities to teach the young scouts the art of cooking.

Noncommercial foodservice operators are no longer confined to the walls of their locations. Reach outside and you’ll gain new customers, fans and maybe inspire a future chef or operator.

4. First lady takes a shot at child nutrition special interest groups
It’s the fifth anniversary of the first lady’s Lets Move! Initiative, and Michelle Obama, once again, spoke of her displeasure with changes made regarding school meals.

Here are a few of her remarks:

“And we all know that for everyone in this country who has stepped up to champion this issue, there are plenty of other folks just waiting for us to get bored. They’re just waiting for us to declare victory and turn our attention to other matters. We’ve seen this firsthand with our battles on school lunches.  We have seen special interests throwing every resource they have at this issue, and we know that sometimes our kids’ health isn’t exactly their first priority.”

This is just another in the round of school lunch battles being played in the press. Isn’t it time to sit down and talk things through with all the players involved instead of slugging each other in the media?

5. Buying local is easy—depending on who you are
For the University of Maryland, getting local produce isn’t too hard. The college gets it from its two-year-old farm. More than half the food produced at the farm—1,116 pounds of tomatoes, 428 pounds of cucumbers and 573 pounds of leafy greens—were used in the dining halls.

But for Jefferson County Schools, in Kentucky, purchasing local chicken is next to impossible. When director Julia Bauscher put out RFPs for local protein, all were rejected due to cost. Bauscher said to get locally sourced chicken wings, it would cost her $1.20 per portion, or “about all I have to spend on food anyway,” according to The Courier-Journal.

Bonus: If you’re looking for a way to bust that New Year’s diet…
Try out the Hugo Boss Burger, served at Charlotte Hornets games. The burger—I think we can call it a beast—weighs in at 8 pounds!