FM ushered in the new millennium with a look ahead to 2025. The package included an examination of social and demographic trends and what they portended—primarily an older and more ethnically diverse population engaging in a lot of online schooling and remote work—and input from association presidents on what they anticipated for their markets. Among their predictions were broad use of biodegradable packaging, reusable carryout containers displacing disposables, the availability of fresh meals in vending machines, automated units that custom-mix salad ingredients to each customer’s preference, cashier-less/cashless payment and automated delivery of food to dorms and offices. Not bad…

The branding craze that started in the previous decade as an offshoot of onsite foodservice’s growing commercialization continued to have legs in the 2000s as not just contract firms but self-ops in various markets looked to build their own brands for a variety of reasons ranging from control over menus and highlighting in-house expertise to differentiating a program in a competitive environment and leveraging the cuisine preferences of the onsite customer base. The move to brands also fed a growing sophistication in menus and an increased demand for culinary talent.

Themed special events have been a staple of onsite “monotony breaker” efforts for decades but took on both more emphasis and creative new guises as the millennium got underway. Reaching way past the Luau Lunches and July 4th Picnics of yesteryear were elaborate new themed events with sophisticated props and staff costumes, customized menus and creative activities and entertainment. In this article, FM provided some tips to help readers capture that “theme spirit”!

The current format of FM’s annual celebration of the industry’s most innovative and creative concepts launched with this edition after a trial outing two years earlier. Conde Nast’s futuristic headquarters cafeteria, operated by contract firm Restaurant Associates, won Best of Show in this first outing, with awards also given in six other categories such as Best Renovation, Best Special Event and Best Customer Service.

College dining departments facing increasing pressure to generate more revenue while also maintaining or even enhancing the quality of life on campus drove a retail boom in the higher education foodservice market in the late 1990s and early 2000s that manifested in forms ranging from minimalist coffee carts to full-scale grocery stores. While traditional all-you-care-to-eat style residential dining would retain a strong presence in the market overall into the present day, it would never again have the same dominance as it did in the previous era, when dining halls fueled by mandatory meal plans ruled campus dining programs. With the campus retail revolution came a spate of new meal plan strategies incorporating meal equivalencies, declining balance accounts and school-themed dining dollars.

The bedrock menu item of the onsite dining world’s core lunchtime daypart got the cover story treatment as FM broadened its coverage of food trends that both created new menu categories and widened existing ones—like the sandwich. From the staple bread/meat/cheese/condiment combo of yesteryear, sandwiches like other traditional meal staples were affected by upscaling and internationalizing, incorporating a global palette of new ingredient options that onsite operators could sell for premium prices while earning customer satisfaction points.

As culinary expertise became more important with the commercializing, branding and upscaling of the onsite foodservice world, programs were under pressure to find, foster and retain chef talent, especially chef talent that could also serve in oversight capacities (i.e., chef-managers). Contractors and colleges were at the forefront of this movement, but it was also seeping into most other onsite markets, even K-12. The trend became a kind of self-fulfilling prophecy in that it helped highlight opportunities for creativity in onsite dining venues for chefs who might otherwise have assumed that such opportunities were confined to the commercial world, leading to a growing number of credentialed culinarians taking positions in various onsite dining programs over the subsequent years.

Local sourcing was starting to be a thing when this story came out. At the time, prime vendor relationships supplemented by buys from specialty distributors in categories like fresh meat and produce was the general procurement approach, but some forward-thinking operators were looking at more exotic local alternatives—and even growing their own—as a way to put more premium caché into their menus and do the planet some good in the process. The trend got legs as major contractors started getting in on the act, spurring distributors to add more local product to their inventories to satisfy these major customers.

A major sustainability issue was addressed in this report on how onsite dining programs were taking a look at the energy and water waste squandered by the typical institutional kitchen, which at the time was said to consume more than five times the energy per square foot than any other part of a building while going through thousands of gallons of water each day, most of it literally going down the drain. For good measure, they were also tossing huge amounts of waste, from packaging to peelings, into local landfills. Over a dozen leading experts offered tips to help readers make more efficient use of their resources and facilities.

The filtering of local restaurant concepts into onsite locations to bolster or complement in-house offerings—so prominent today—began to be a trend in the first decade of the new century with pioneers like Microsoft, Massachusetts Institute of Technology and Oregon-based healthcare system PeaceHealth. While mass market brands like McDonald’s and Subway had been regular presences in onsite concept mixes for many years, these local eatery names were a different thing altogether—brands not widely known but with strong local followings. 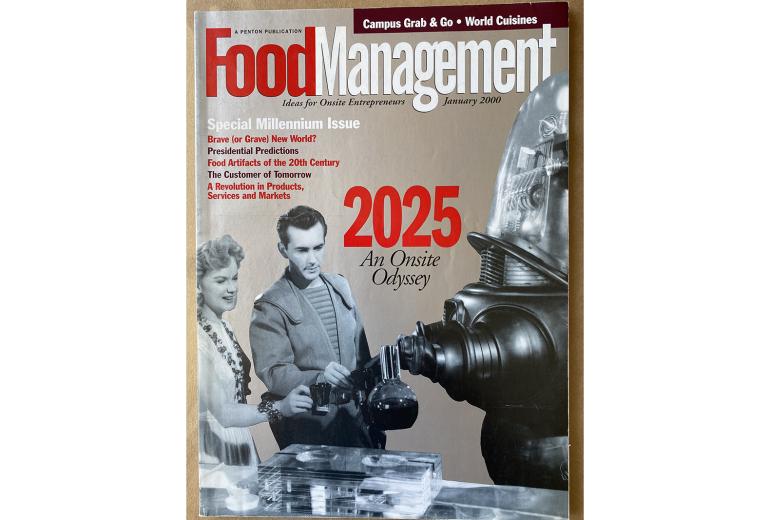