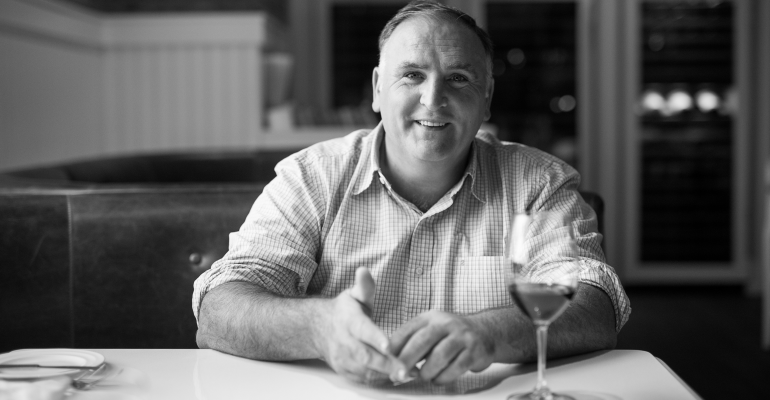 Compass Group USA has announced a three-year partnership deal with ThinkFoodGroup, a culinary, design and operations consultancy organization founded by celebrity chef Jose Andres. ThinkFoodGroup will work with Compass-operating companies on creating unique concepts and reimagining dining venues at current and prospective sites where they operate, and “collaborate from ideation to concept development to ongoing execution,” according to a release announcing the partnership.

ThinkFoodGroup has already worked with a number of Compass-operating companies, and the current partnership is being characterized as a “natural progression of the relationship.”

Among past collaboration, ThinkFoodGroup in 2015 opened a unit of Andres’ Beefsteak concept at the University of Pennsylvania, where Compass’ Bon Appetit Management Co. unit operates campus dining. Another Beefsteak location is at George Washington University, where Restaurant Associates, another Compass unit, manages campus catering.

ThinkFoodGroup and Andres are also heavily involved with DC Central Kitchen, a food recovery and job training social service organization that supplies meals to 15 K-12 school sites in the Washington DC area and operates the Campus Kitchen Project, which enlists college students in food recovery efforts at their schools and in their communities. Andres serves as DC Central Kitchen’s chairman emeritus after many years of active involvement with the organization’s activities.

In the immediate future, plans call for ThinkFoodGroup to collaborate with Restaurant Associates on potential projects with museum clients, with Bon Appetit on the expansion of Beefsteak locations and with Compass’ Levy Restaurants unit on concept creation at Audi Field, the projected new home field of Major League Soccer’s DC United, scheduled to open in the summer of 2018.

“José’s contagious enthusiasm for food and people resonates within the Compass culture and we’re delighted to have the opportunity to work together,” said Compass North America CEO Gary Green in the release announcing the deal. “He brings a fresh and creative perspective across our business.”

“With this partnership we have the opportunity to tell stories and connect with people through food on an entirely new level,” added Andrés. “Whether it is a soccer game or a corporate or university café, we are excited to extend our reach, bringing new dining experiences and the highest quality to the many.”