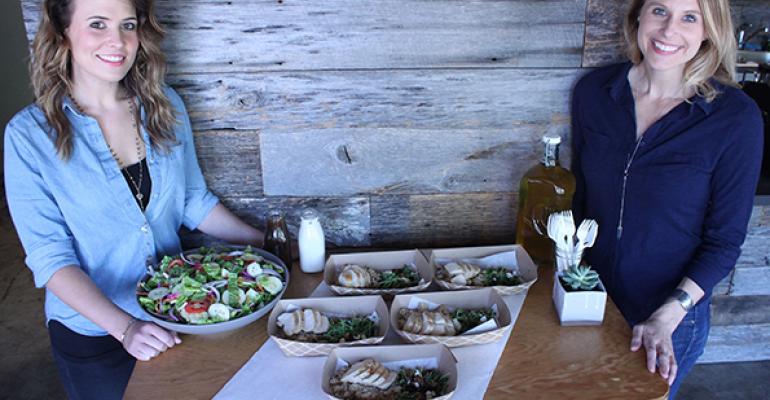 Contractor/caterer hybrid starts up in Nashville

One of the most compelling arguments for onsite foodservice in a business environment is that eating together on the premises fosters team spirit, encourages collaboration and promotes employee satisfaction. Companies in industries that rely on highly skilled employees especially look to foodservice as a recruiting and retention tool.

But not every firm is big enough to blow the doors off with free daily food prepared onsite like at Google or provide hundreds of gourmet daily dining choices like at Microsoft. For smaller companies competing for talent in specialized fields like high-tech—at least in Nashville—there is now Sifted.

The startup, which began operations only in January, provides regular “pop-up” onsite lunch events for clients, usually on a weekly basis, though some have them more frequently.

Currently, the firm has seven clients and serves over a thousand staffers each month. It also caters larger single-event gatherings such as conferences for clients.

The food is prepared by local chefs in their own facilities, then transported and served by Sifted. The featured chefs are rotated every four to six weeks, with the most recent being Kamal Kalokoh of local Caribbean themed restaurant concept Jamaicaway. Previous featured chefs included Dan Forberg of Actual Food.

“From a chef’s perspective, it’s a great opportunity to get in front of people, especially millennials, here in Nashville,” says Jessica Legge, who co-founded Sifted with Kimberley Lexow.

The menu, which is designed specifically for each client, changes weekly and has included offerings such as Burmese pork and vegetable curry with coconut milk and red chili, and black bean tacos with salsa verde, pickled cabbage, cotija cheese and cilantro potato salad. Meals include vegetarian/vegan and gluten-free options.

The target market initially has been technology companies in the Nashville metro area, but Legge says any organization looking to promote employee relations and staff collaboration is a potential client. She notes that one of the recent signees is a consulting firm.

The “sweet spot” in terms of client staff size is one to two hundred people, says Legge, though it also serves populations as small as 25. Meanwhile, some conferences the company has catered involved as many as 400.

“Here in Nashville, there are about 1,500 unfilled tech jobs,” Legge explains. “CEOs here in town are having a hard time trying to attract talent to the city and actually retain talent. So my business partner and I, who both came from a technology company, saw this and how companies on the East and West Coasts were actually having onsite chefs and building infrastructure. And we said, ‘Let’s not look at food not so much as just food but as a way for companies to offer perks that rival companies like Google and Dropbox offer that are also competing for that top talent.’”

What Sifted markets is not just the chefs and food but also stories, Legge says. Kalokoh, for example, was tour chef for rap star Drake and superstar singer Rihanna.

“At a lot of the companies we’re pairing with, the staff really are into that, they’re super excited about that, so the food isn’t just food but has a story behind it,” she says. “It’s really conducive to a great collaborative environment, and from a company perspective it shows that the CEO hiring us really understands the staff working there.”

Sifted’s reputation is growing with some recent local press articles and word-of-mouth referrals from satisfied clients and their staff.