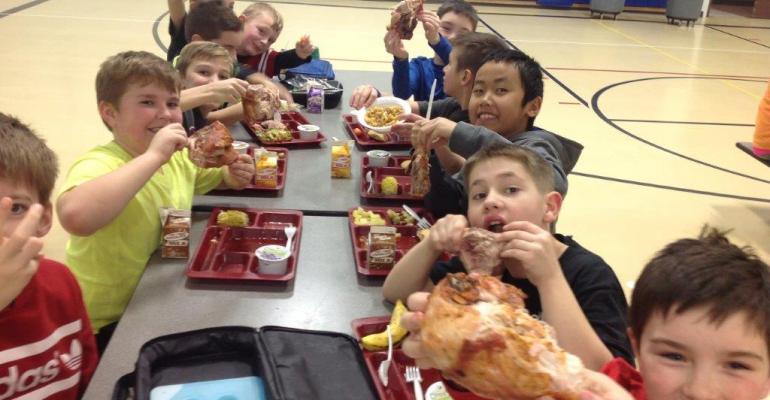 The Holmen School District in Wisconsin held its Winner Winner Chicken Dinner Part Deuce on Jan. 29. The sequel to the district’s FM Best Concept Award winning Winner Winner Chicken Dinner event from a year ago, it again featured chicken raised between April and October last year by the district’s Future Farmers of America students. Over 650 birds were raised for the event.

“We had them processed and frozen for use in January,” says Michael Gasper, nutrition services supervisor for the district. “We also did the hydroponic lettuce from our high school green house in all of our salad bars across the district.”

There were a few additions to the event in 2016 to make it distinct from its predecessor, Gasper adds. “Our FFA students also planted and harvested enough sweet corn, which we then blanched and froze to be used for the event [and] we also roasted potatoes that were locally grown.”

The Wisconsin Potato Growers were persuaded to bring their Spudmobile to the event. The Spudmobile is an interactive learning center that travels the state teaching about Wisconsin grown potatoes. The meal was also rounded out with Wisconsin Milk.

The event, which was held in all six schools in the Holmen district, was promoted with posters and T-shirts made by the Skills USA club that had a picture of a chicken holding up two feathers that was drawn by one of the Holmen High School students. Parents were also invited to come and partake.