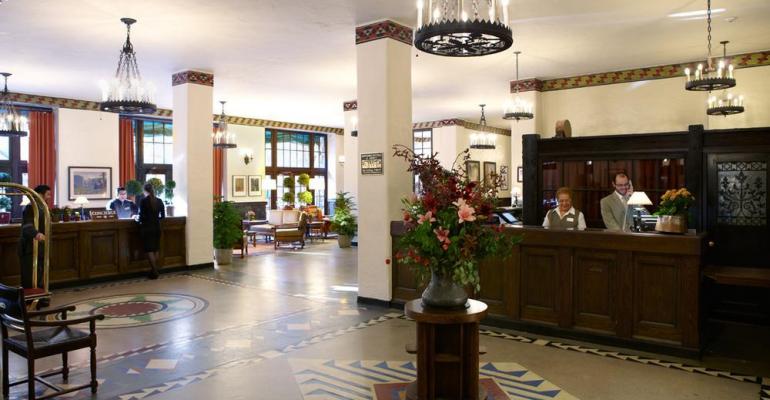 <p>The lobby of the Ahwahnee, one of the place names for which intangible property rights are in question in an action brought by DNC Parks &amp; Resorts against the National Park Service.</p>
News & Trends

Delaware North Companies (DNC) Parks & Resorts has filed a lawsuit in the U.S. Court of Federal Claims in Washington D.C., seeking more than $10 million in damages from the National Park Service for breach of contract for its failure to require a competing concessionaire to purchase DNC's intangible properties when it won the Yosemite National Park concessions contract earlier this year, reports National Parks Traveler.

The properties in question include a customer database as well as the rights to trademarks to such place name brands as Ahwahnee, Badger Pass, Curry Village and Wawona Hotel.

The company that won the bid is Aramark subsidiary Yosemite Hospitality LLC.

DNC had originally valued the properties at $51 million but the Park Service in a prospectus for potential bidders put the value at $3.5 million, the Traveler reported.