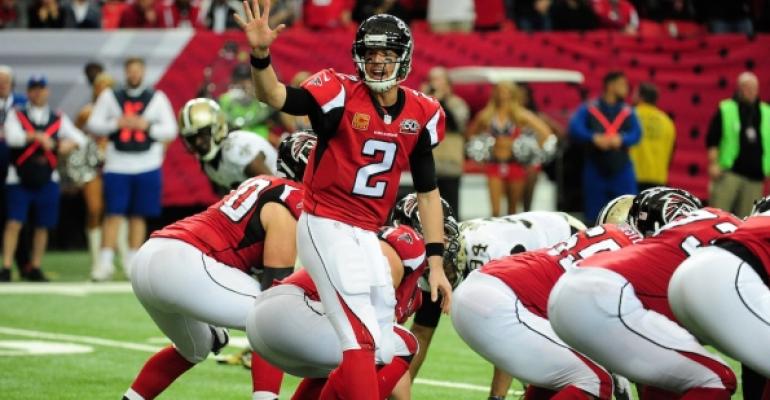 <p>Domestic beer will be just five bucks at the new Mercedes-Benz Stadium home of the Atlanta Falcons starting in 2017.</p>
News & Trends

From $2 hot dogs to $5 domestic beers, fans will see an array of economically priced food and beverage options at the team’s new Mercedes-Benz Stadium starting in 2017.

The menu pricing model will allow a family of four to consume the typical game-day purchases for $28 or less, according to a press release from the club. The strategy seems to run directly counter to the general expansion of pricey premium services at major sports venues.

The pricing will be in effect for Atlanta Falcons and Atlanta United Major League Soccer games as well as major events at Mercedes-Benz Stadium including the Chick-fil-A Peach Bowl, SEC Championship Game, the College Football National Championship in 2018 and the NCAA Men’s Final Four, slated for 2020. It will also be in effect for concerts, conventions and other special events booked at the stadium.

“We focused from the beginning on building a unique fan experience at Mercedes-Benz Stadium with a goal of helping those who visit to leave the stadium with great memories shared with family and friends, not aggravation and frustration about their experience,” said Falcons/Atlanta United owner Arthur M. Blank in the release. “We have listened to the concerns of the fans on the food and beverage experience and have responded to those concerns in a way that honors our commitment to providing the best possible fan experience at our events.”

Mercedes-Benz Stadium will also see a 65 percent increase in the number of concessions points-of-sale over the Falcons’ current home at the Georgia Dome.

In addition to these traditional favorites, concessionaire Levy Restaurants and the Falcons will also offer a variety of premium items, including higher end food options, draft beers and mixed drinks from local and national partners at the same prices found in their restaurants, the team announced.

Beyond the hot dog: Meeting dietary needs for all concessions guests
Apr 19, 2016