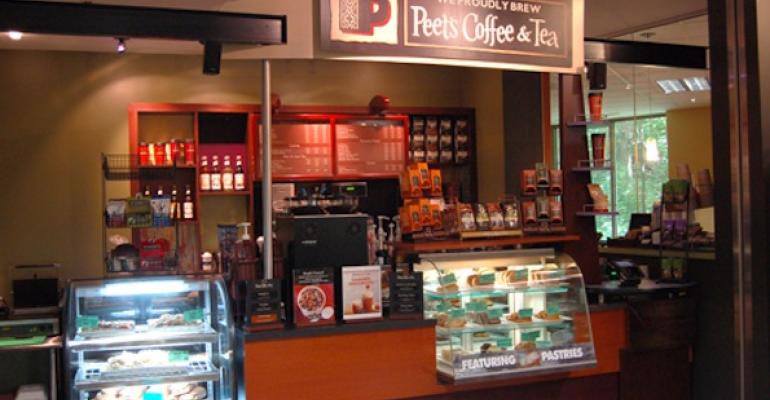 Although the dining area has been remodeled, the vintage-Emory photo-topped tables have been retained as a nod to the university's history and the library's collections. A counter-height table with seating has been installed near the vending machines. In the sitting area, the chairs have been reupholstered.

The changeover from Jazzman's to Peet's is the result of user feedback, said Charles Forrest, Emory Libraries facilities director. "This was a recurring theme in the last few student surveys conducted by the library," he explains. "Students were asking for a greater variety of food and drink options."

The Emory location is the first Peet's in Atlanta, and the first in the Southeastern U.S., though several area retail stores carry Peet's packaged coffee.