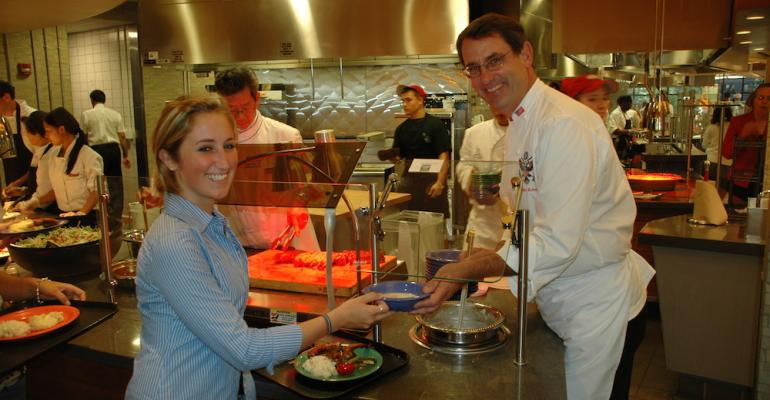 <p>Former White House executive chef Walter Scheib appeared as part of a guest chef series at the University of Massachusetts-Amherst in 2007, where he worked with UMass chefs to create a special series of dishes for members of the campus community.</p>
News & Trends

Body located in New Mexico mountains after missing for over a week.

The body of former White House chef Walter Scheib was recovered by search teams in the mountains near Taos, N.M., reports NBC News. Scheib was last seen setting off for a solo hike over a week earlier, according to police. Scheib served as White House executive chef under Presidents Bill Clinton and George W. Bush from 1994 to 2005 and co-authored "White House Chef: Eleven Years, Two Presidents, One Kitchen," which was published in 2007.